For a few decades now, signs have gradually accumulated in American culture that something is very wrong with our basic notions of work, careers, and “making a living.” The end of the 1990s stands out in particular, when many pointed criticisms of the current work paradigm appeared in movie theaters. Mike Judge’s Office Space became a classic for its precise illustration of a work environment in which the average office employee serves multiple bosses, performs never-ending tedium, maintains a very low productivity rate (partly due to extreme boredom), and yet – regardless of actual accomplishment, skill, or training – still faces the ever-present danger of termination.

Sadly such films also marked a peak level of irony in our culture, since so many people in the audience likely worked at jobs that felt both unfulfilling and imprisoning. Satire might give voice to the way people secretly feel, but in the end, millions of people are still stuck in that exact situation. And in the case of Office Space, we’re only really given four options: mundane office job, mundane food service job, mundane (yet over-glorified) manual labor, or criminal activity. Why?

In the U.S. we’ve become very mixed up about the purpose of most of our “work” and “jobs.” People obviously require food, clothing, shelter, and other basic life necessities. But in America, the job itself takes on a weight and importance that overshadows these primary needs. It sometimes feels as though one isn’t considered an actual adult, or an actual American, unless one is paying income tax in a full-time job. We could say the same about the material luxuries that employment promises to the consumer: social status supersedes actual need for the item.

With unemployment numbers rising to alarming levels since the crash of 2008, most responses point to the need for more education, more determination (harder work), a change of field, or something similar that doesn’t challenge the foundation of our existing social and economic structures. Even if more careers now belong to the so-called “Creative Class,” the people working those careers are often subject to the same demands and pitfalls of supposedly un-creative jobs. When we actually look at who can’t participate in the current job economy, it isn’t only middle-aged white males struggling to recover from lost manufacturing jobs. It’s a much broader range of people who are systematically left out, and life situations that are totally unsupported. [Editor’s note: see upcoming H+ article, Paul Saffo on The Creator Economy] 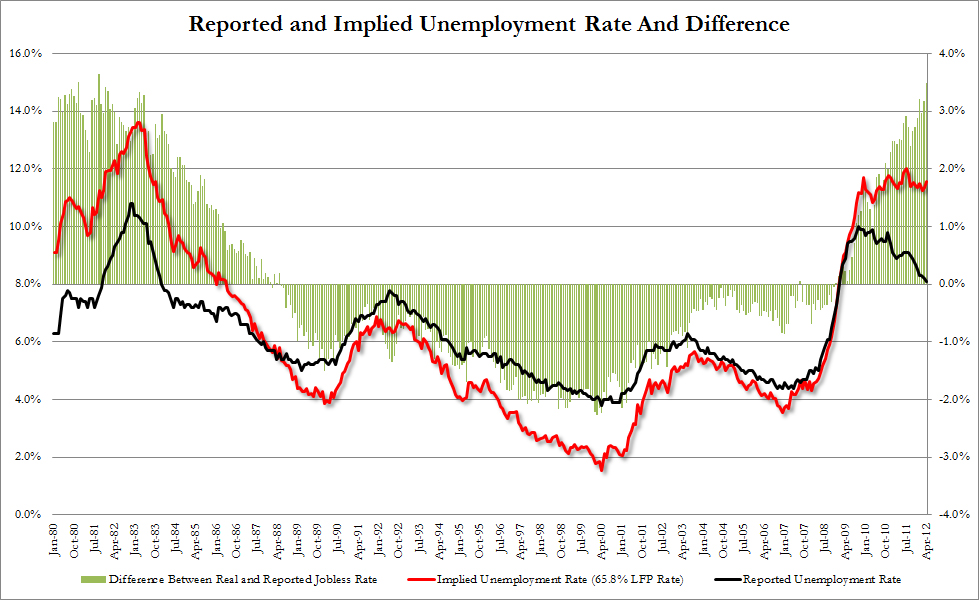 Hidden within the current work paradigm we also find a narrowly defined category of “normal” human adult to which one must adhere if one wants to avoid punishments ranging from a reprimand to a dismissal. For instance, someone diagnosed with ADHD will likely have trouble performing routine work tasks without a prescription for heavy stimulants that pose a real health danger to that person. Slowly but surely, our culture is beginning to question and reject the idea that there’s anything wrong with someone who can’t stay “on task” for the amount of time regularly demanded by such a job. On the contrary, there’s something wrong with the work paradigm itself.

Earlier this year, while pondering these very problems, I had the idea to create an alternative to the existing system which became a website called Funding My Existence (hereafter abbreviated as FME). FME would seek ways to address and alleviate the dilemma, and is intended first and foremost to resuscitate a thread of thought started (to my knowledge) by design scientist R. Buckminster Fuller that came to me via the psychologist and philosopher Robert Anton Wilson. In short, survival in the modern world means performing certain behaviors and obeying certain rules in order to obtain tickets called “money” that allow us to participate in a big game called by various names such as “the economy” or “society.”

Both Fuller and Wilson have largely been ignored by the broader culture. That’s partly because of the cultural pressure to maintain the current system (much of it generated by powerful institutions that would be harmed by change), but it’s partly because of the terminology used by Fuller, Wilson, and other thinkers. If we deem the work done by the vast majority in our economy to be “meaningless” “wage slavery,” that majority will naturally become defensive and resist the information.

Similarly, bringing attention to the personality traits, mental conditions, and life experiences that might prevent someone from participating in this game is usually taken as an attack on the people who can participate. Suggesting that we should renovate or deconstruct the current work paradigm might sound like a plan that would lead to total anarchy, but that’s not a realistic outcome. I myself haven’t been cautious enough in my statements about FME previously. It probably seemed like I was claiming that people labeled (or those who self-identify as) “abnormal” or “neuro-atypical” are somehow superior to those labeled “normal.” The point is that a fully-functioning global system should not omit anyone.

Furthermore, it’s tempting to contrast American capitalism with economic systems like Scandinavian social democracy, which provide greater benefits that allow people to develop more fully in creative (and procreative) endeavors. Imagine a new father being able to take paid time off work to care for his baby (i.e., paternal leave), or an office worker taking similar time to record a music album or write a book. In the United States, this is wrongfully interpreted as an “evil” socialist or communist welfare program. For example, if I were to argue that a small fraction of the U.S. military budget could provide basic life resources for all under-employed Americans (or even all under-employed humans worldwide), the conversation in any meaningful form would end, thanks to the programmed routing of ideas.

FME is built on a non-dual philosophy. It’s not “us vs. them” here (as in, “abnormal vs. normal”). I’m not even sure that it would be wise at this time to tell everyone to abandon their traditional job or career, especially if they do receive some fulfillment from it. However, our culture must admit that all the waste products and of market-based capitalism are not “waste” at all, but a very valuable resource. It’s our idea of “normal” that is headed for the metaphorical waste basket.

This fight is not against work, but against meaningless work – whether meaningless to the individual, or meaningless to the collective culture. But meaning can’t necessarily be defined in an objective way, which makes our task more complicated. My idea for Funding My Existence is that it could potentially create a new kind of work, which is to say that it could be a way for people to be compensated monetarily for activities that might seem absurd under the current work paradigm. Consider the fact that the standard career provides a certain amount of days for sickness and vacation; one is intended for a physical (biomedical) illness, while the other is intended for travel, rest, or other recreation. But what if someone feels paranoid, or hyper-emotional, or some other state culturally defined as “crazy”? What if the person feels that way on a regular basis, to the point that it prevents them from doing any kind of ordered task, let alone going out in public (or even, sometimes, leaving the bedroom)?

Unless one is capable of staying in what our society has deemed a “normal” state of consciousness for 20-40 hours per week week after week, one cannot “make a living.” I for one agree with Fuller’s argument that no one should have to make a living. If the time and energy required to pay bills and feed ourselves prevents us from actually making the changes and progress that we envision in the world, then we are in trouble and we have also lost our link with America’s founding mission statement to guarantee “Life, Liberty and the Pursuit of Happiness” to all.

At the very least, FME could be an information hub and support network for those pigeonholed into various subordinate groups, such as people on the autism spectrum, people undergoing spiritual emergencies, and more. And it could be a fundraising platform for individuals seeking to launch an innovative or bizarre project, without the restrictions found on many popular sites about meeting a minimum donation amount, or using the money for specific purposes (i.e., not for rent or other living expenses).

A more ambitious but promising possibility for FME would be to start a non-profit company that employs a staff of people working in “mind fellowships,” a term that Fuller coined in Operating Manual for Spaceship Earth. Fuller writes, ”The use of mind fellowships will permit humans comprehensively to expand and accelerate scientific exploration and experimental prototype development. For every 100,000 employed in research and development, or just plain thinking, one probably will make a breakthrough that will more than pay for the other 99,999 fellowships…Through the universal research and development fellowships, we’re going to start emancipating humanity from being muscle and reflex machines. We’re going to give everybody a chance to develop their most powerful mental and intuitive faculties.”

At its most basic level, this would mean paying people to do whatever they need to do to think freely and clearly.For example, we could create a collective techno-shamanic network in which people are literally compensated for recording and sharing their emotional, physical, and mental states. Data from dreams, mystical experiences, uncontrollable thought trails, etc., could be mined, turning participants into antennae picking up information from the universe that we’re otherwise losing to oblivion.

”The artist is the antenna of society” ~ Waisly Kandinsky

This would absolutely be a valuable kind of work. Yet that’s less obvious to the majority who underwent mainstream education and perhaps weren’t exposed to ideas like Jungian psychology, shamanism, and other less obvious fields of knowledge that we require to move through this impasse. Arnold Mindell, who developed the post-Jungian system of process-oriented psychology (or process work), has argued that this awareness of altered (or “abnormal”) states of consciousness is what’s missing from all levels of human organization, including in business and government. Until we integrate those altered states into everyday life, our social systems are bound to fail.

It’s time to question everything we in Western civilization have, for decades (at least), taken for granted to be the only possible survival paradigm: work. This will largely involve unleashing the infinite creative and imaginative power of the human race – not by finding ways to “drop out” of the system, but by including a wider variety of human minds in the collective process. This also requires us to sit with the discomfort of not knowing exactly how all this will play out. Part of the problem with revolutionary social philosophies is their universal aim, and their desire for immediate and complete resolution. FME and other similar projects will therefore likely be transitional forces, not an end-point – both for individuals, or for the greater culture. We have to be patient.

But be certain – the future will not manifest itself automatically. It’s up to us to find ways to transcend the current economic deadlock. The first step could be as simple as re-incorporating those who have been ejected and depersonalized by the dominant work paradigm. Empower more people to contribute to the culture and society – especially at the local level – and then simply wait to see what happens. We will all reap the rewards.