Why would the police take some nonviolent protesters, and shell shock them into a puddle by arrest fencing them, and then jetting mace in their face with a large spraygun? Is it to create ‘visible acts of intimidation’. 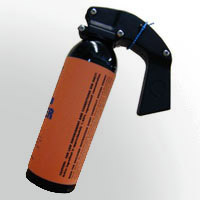 Kinda backfired on their ass! I mean, how stupid and shortsighted are these knuckleheads? This stunt was the Rodney King moment of these protests. If I was NYPD cop I’d tread really careful. You wouldn’t want to be the face of police brutality with hundreds of cameras aimed at you. Or become the same by proxy because that stranger cop standing next to you, “from down town”, just happens to like shooting people in the face.

I mean, such a cop might find his face in Youtube Vids for years to come. Not a nice way to have your grand kids ask you

“grandpa why were you with the evil people back when the revolutions started”?

“grandpa why did you drive over people when the revolutions started”?

This won’t go away.