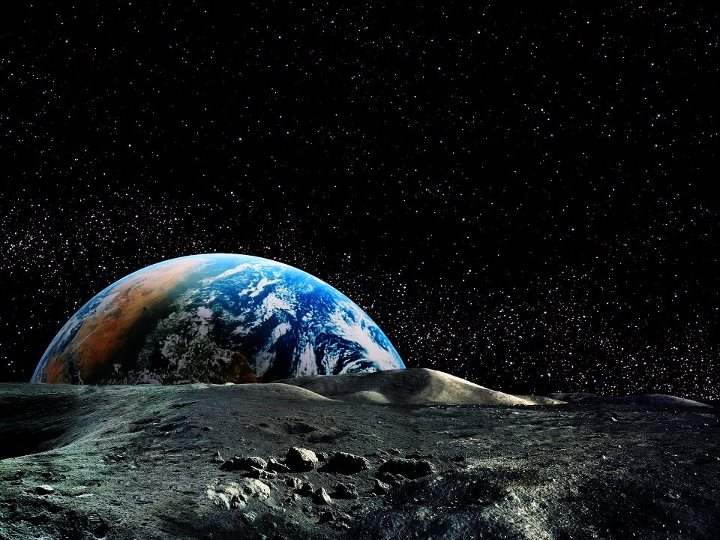 The Shallow Well is a concept for a TV series, set on a lunar colony in the near future. It is the year 2034 and at the same time several groups of people make a desperate landing on the moon after being cut off from Earth. All the people that land on the moon were left stranded in several big space stations orbiting Earth and had no way of going back. On Earth a disaster has erupted. The TV series does not explain this disaster in great detail, other than that as seen from space Earth is an unrecognizable brown and green color. The astronauts are in contact with family members on Earth but the TV series completely ignores what is happening on Earth, other than that “it is really bad” and “lots of people are refugees”. There is no way for the astronauts to go back to Earth for some reason, and they are desperately needed to keep “the grid” working. This Grid is located in HEO Earth Orbit. The TV series maximizes realism. There are no aliens, and the setting is hard science fiction. Technology is advanced as one would expect from a TV series set in 2030.

The premise is that between 2020 and 2030 many nations established orbital space stations in HEO. These stations were constructed to produce a pharmaceutical product that rejuvenates humans and only very rich people were able to afford this product. In 2032 a disaster strikes Earth “which no one saw coming”. This disaster is not due to aliens, an asteroid strike, climate change, nuclear war, terrorism, rogue nanoids or something familiar, but on Earth people are in dire straights. The disaster makes return to Earth surface for over 100 the astronauts impossible. The characters in the movie are stuck above low Earth Orbit. A component of the disaster may involve Kessler syndrome. During the series people do try and leave Earth, but about 80% of these attempts ends in catastrophic collisions and death of the emigrants (and the kessler debris cloud becoming worse). During the series at least two such launches make it out, and the rockets are loaded with refugees “who’d rather take their chances in space than stay on Earth”.

Being marooned in near earth space, the astronauts decide that their only chance on survival is to settle the moon, to hide from long term exposure to particle radiation. As a result several different crews from several nationalities make a landing on the moon in early 2033 and start constructing colonies with a range of robotic systems. They quickly discover that the subsurface of the moon is crisscrossed with lava tubes. The TV series is about exploration of these lava tubes and the discovery that most these tubes have massive frozen ice deposits, and that survival in these sub surface habitats is a lot easier than was anticipated. The TV series tells the story about human conquest of space, the dangers of space and interpersonal human