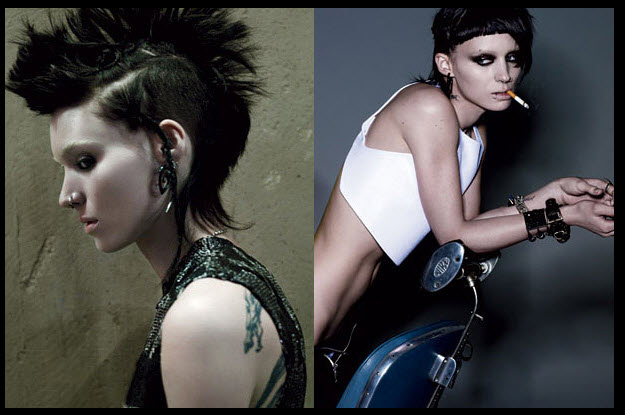 But I am a fan of la protagonista cyberpunk, that bad ass mutha hacktivist/erotic dynamo, who wields her personal traumas as revolutionary fuel rather than continue breast-feeding a chauvinistic society by posing her pierceless, inkless, and character-bereft/Barbie body type (typically while naked but for elongated reptiles or butchered mammalian follicles) so that the dominant gender of the world might beat off before buying whatever alcoholic beverage the Kardashians are pimping and illegally squander finances that don’t belong to them.

Curiously, only a handful of non-film review, Googleable commentary make the connection that The Girl with the Dragon Tattoo’s Lisbeth Salander is cyberpunk. So what is a cyberpunk exactly? Those of you who frequent Acceler8or or have partied with RU would know this already, but another search of ye ol’ engines will find you transhumanism virgins the following definitions: 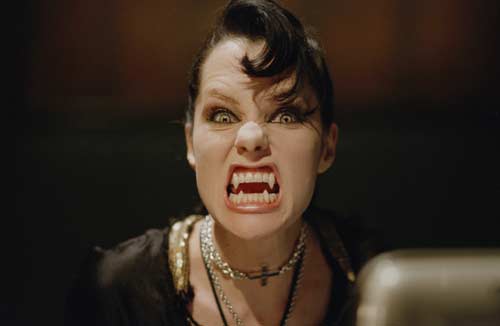 * ”…hackers, rockers, and other cultural rebels, clinging to a cult of individualism in a culture characterized by corporate control and mass conformity. [Those] adept at appropriating the materials of popular culture and making them speak to alternative needs and interests… [who] also know how to tap into the vast digital database to access information about corporations and their secret conspiracies, or to spread resistant messages despite powerful mechanisms of top-down control.” 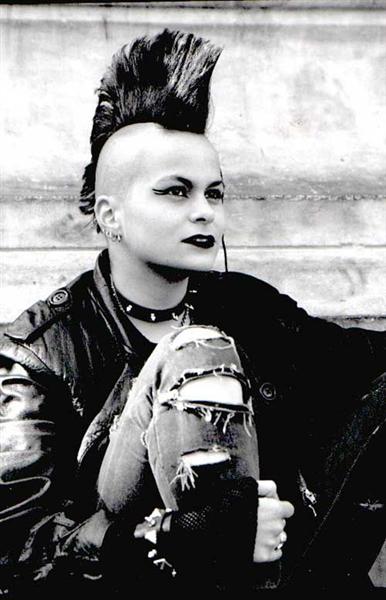 * “…marginalized, alienated loners who lived on the edge of society in generally dystopic futures where daily life [is] impacted by rapid technological change, an ubiquitous datasphere of computerized information, and invasive modification of the human body.”

* ”[individuals that are] manipulated, placed in situations where they have little or no choice… anti-heroes who call to mind the private eye of detective novels. This emphasis on the misfits and the malcontents is the “punk” component of cyberpunk.”

* “[those who embrace and express the] “dark” ideas about human nature, technology and their respective combination in the near future.” (This particular site goes on to clarify that: “Clearly, Cyberpunk is not an exact concept. Its meanings vary.”) 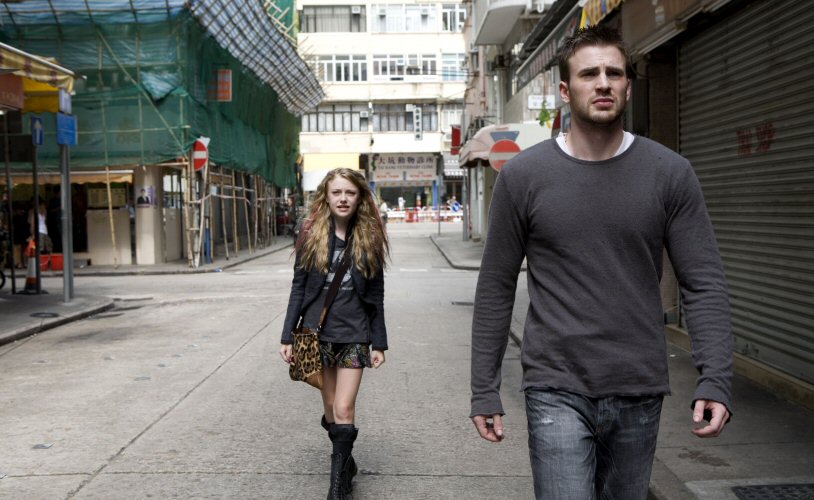 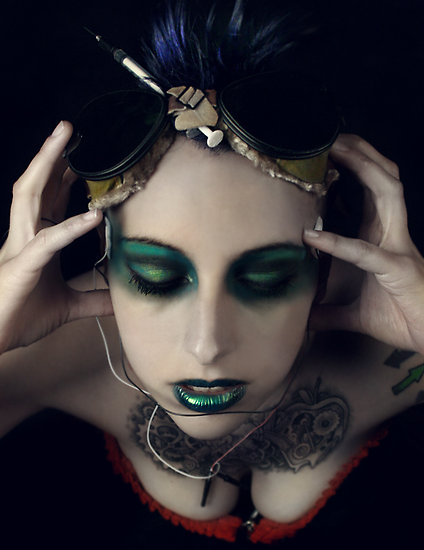 So from this we might conclude, a cyberpunk is something of a morphable, hacktivist samurai, enhanced by metal for cosmetic effect and/or simply to exist as more efficacious meat in a world controlled by abusive, self-interested CEO’s. Not entirely dissimilar to the world we already inhabit. How lurid indeed.

Fortunately, cyberpunks embrace the lurid — Lisbeth Salander, in particular, with her dark clothing, dark past, and dark hair (though she’s a natural ginger). Her creator, Stieg Larsson, describes Lisbeth as a 24 year old woman with the stunted body of a primal adolescent, who nonetheless moves with the focused speed of a tarantula and who can successfully integrate amongst neurotypicals when necessary. I could remark on his further description of her as “Asian-looking” as being redundant to having said she resembles a perpetual teenager, but that might make me sound like the racist I sometimes am.

Is it cyberpunk to be racist? It certainly isn’t progressive. But neither, necessarily, are the topical projections for a cyberpunk heroine. An image search for “cyberpunk” will get ‘cha this. Note, if you will, how many topless, pantsless, or pigtailed schoolgirls you see here. Of course, Hollywood reckons the concept of cyberpunk be safe enough for middle America (i.e., Trinity from the mutedly palatable Matrix and whoever-the-hell Olivia Wilde played in Disney’s Tron). Yes, per the little boys running film studios and the other ones coding visuals of steel-enhanced flesh, you’d think all a cyberpunkess offers is an asymmetrical haircut, hard-on promotion, and novel alleys for fashion marketing.

But Lisbeth Salander (in the book, at least) doesn’t stop there- she demands societal accountability. That’s why Larsson wrote the Millennium series (under the original title: “Men Who Hate Women”), to avenge the rape of a 15 year old girl witnessed in his youth. Similarly, our protagonist Lisbeth Salander suffered abuse first by her father, then a host of other paternal figures. Does she really need to be sexualized to the extent aspiring graphic novelists and Hollywood illustrators would have her be? Will that reclaim the power taken from her by those who only (mis)valued her sexuality to begin with?

Now, the future should definitely be sexy; but it would have to be so through greater individual morphological tolerance, not just fancies of lady robots touching each other, or a uniform of long black trenches with slits up to Lady Gaga’s much-debated vagina. Which brings me to the unavoidable comparisons between Lisbeth Salander and formative cyberpunk heroine: Molly Millions. 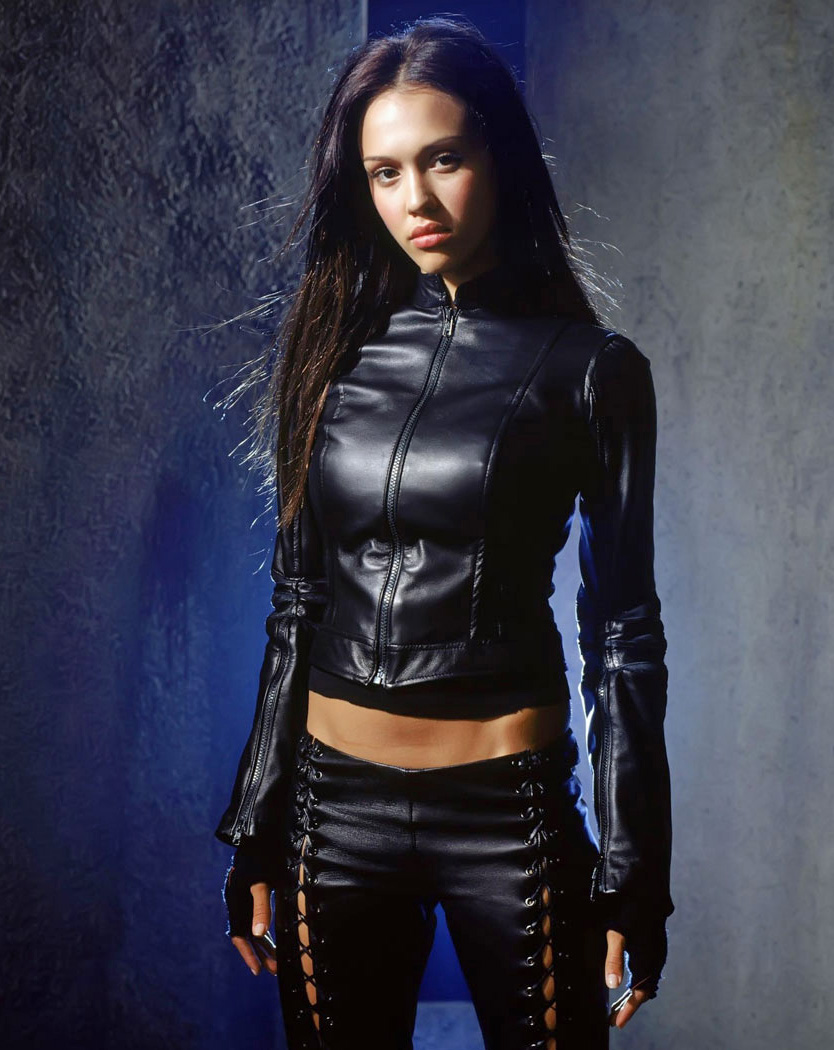 Both Stieg Larsson’s and William Gibson’s progeny work in security, prefer their coffee black, and enjoy sex at their initiation. Both also have a sense of humor about their often-leather clothing: Millions sporting cherry red cowboy boots with Mexican silver tips; Salander opting for t-shirts featuring ET and slogans like “Armageddon was yesterday – today we have a serious problem.” And while Lisbeth isn’t modified for sealed eye sockets with computerized tickers and retractable scalpel blades, she was born to purpose. Though disparate to Millions, who Gibson writes was born to “tussle” (“guess it’s just the way I’m wired,” Molly explains), Salander was born wired for photographic memory.

Yes, both were also employed as subordinate meatpuppets (albeit, Lisbeth not necessarily electively so). It’s no wonder the cyberpunkess would employ sex for empowerment, but it’s so much more than being “deadly” and “hot”, as Gibson himself admitted (on tweets, apparently… perhaps the douchiest soap box since douche soap… boxes). But even if Neuromancer was “the first time we had encountered a woman who was primarily a weapon,” that’s all he saw Molly as, right? Fortunately, Larsson didn’t limit Salander as such. He wasn’t inspired by men in his birthing of Lisbeth, like Gibson seemed to be in how he modeled Molly after Bruce Lee and Clint Eastwood. No, Lisbeth is something fascinating all her own — actually, most like a combination of Millions and Gibson’s Neuromancer hacker protagonist, Case. 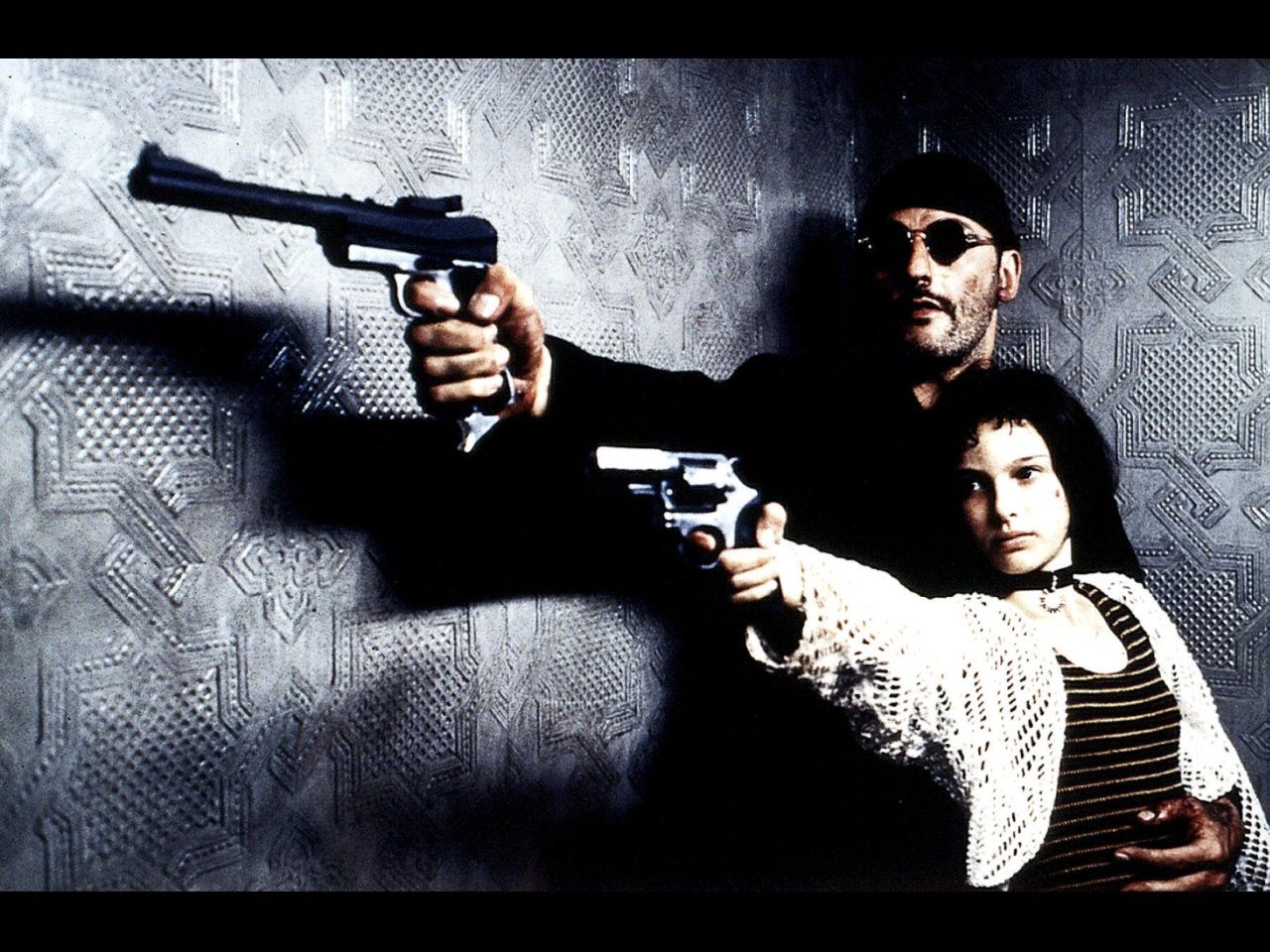 So why build characters by just swapping gender roles? Why not define new genders, where no one’s the weaker because it’s anatomically dickless. Anything else is luddism, I say — particularly the lingering view of women as legal prey. And even if luddism is innate (which I’ve sort of already proved by my Asian jab), surely it will be eradicated during enhancement, and rightly so.

Screw labels, Salander effectively communicates. And so I arrive at this:

* Gibson said it in a short story somewhere. ”Cyberpunk is the stuff that has EDGE written all over it… Now ask me how I’d define EDGE. Well, EDGE is not about definitions. To the contrary, things so well known that they provide an exact definition can’t be EDGE. They probably once were but now they aint. SO DON’T TRY TO DEFINE IT!!!” 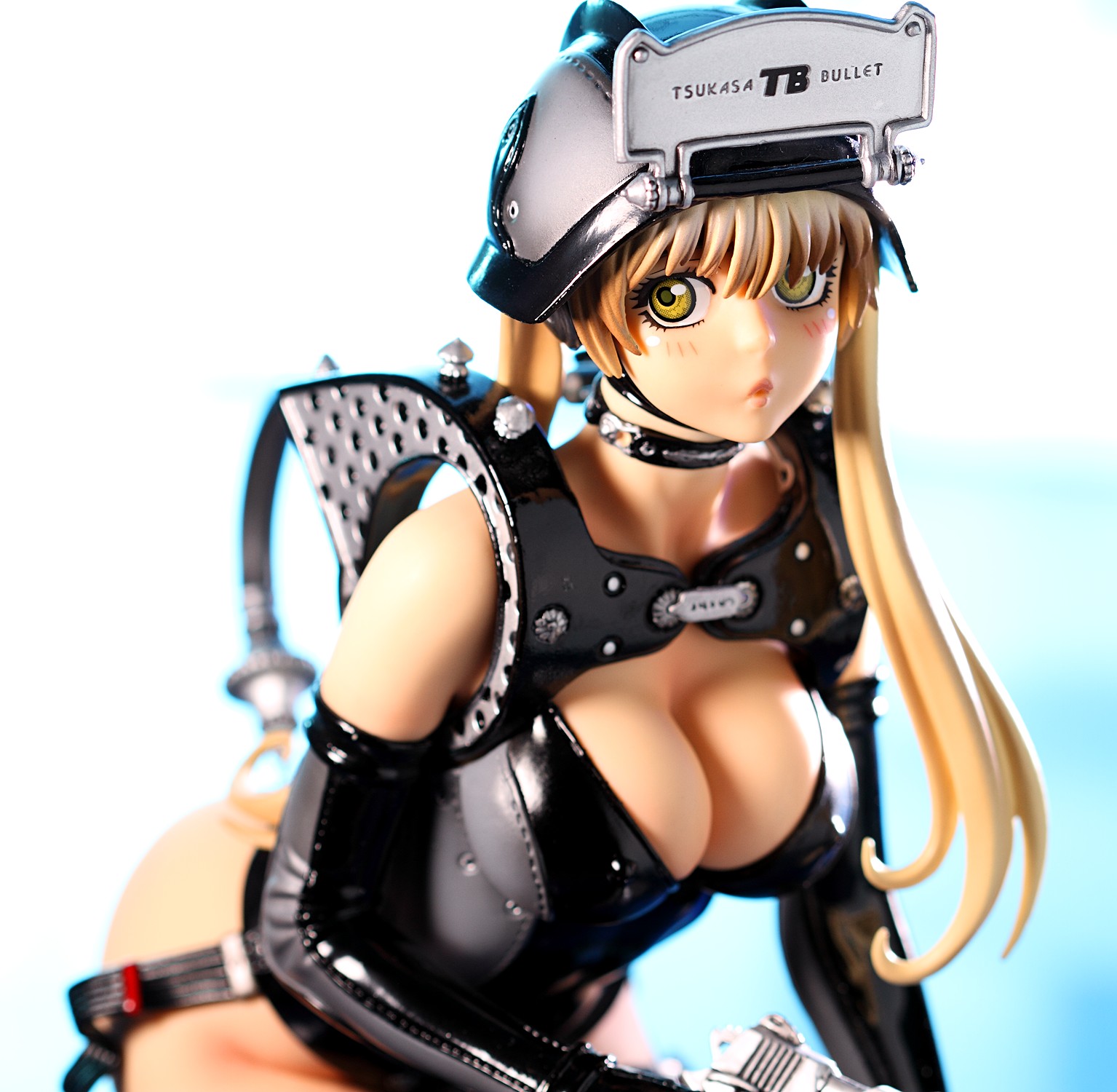 I reckon my cyberpunkess personality would first be modified to maintain a chemical serenity equal to that which occurs prior to falling asleep… which for anxious little me, is unfailingly when I achieve uptmost clarity (and prowess) of being. I don’t personally care for leather (the wearing of it at least), but I’d probably consider some defensive augmentations, like maybe a kind of concentrated ocular laser that causes the assholes a female unavoidably encounters when walking just about anywhere in human view to suffer acute epididymal hypertension should they voice unsolicited vulgarities.