So what is “happening”? It is fairly difficult to explain or put in words, “what is happening” because new things are happening. How do you describe new things in simple words that make sense?

But let me give it a try.

Let me go back a century – in the old days america was a fairly free country, and it resisted the hegemony of the great old world banking paradigm. Just around World War one that ended and the US was first assimilated (Woodrow Wilson) and then co-opted and finally became the global enforcer (Nixon) of international banking. This isn’t an exaggeration. We are right now in the end stages of a global banking power consolidation.

Bankers didn’t have it easy in the 20th century for a number of reasons. First the idea of Communism broke with ‘Banking’ and represented a great threat to the hegemony of monetary systems. The amount of power the money elites represent is staggering and the property the few percent of people elites (and one can argue the actual elites comprize far less than just a single percent of westerners) is out of bounds by any reasonable standard of justice, sanity, fairness of even effectiveness. It has always been – but all throughout the 20th century this process has severely escalated.

The second great challenge to the governance of the money elites was democratic empowerment of people through higher wages. I am not talking about unionization – I am talking about employers being forces to pay constituents, consumers, workers and citizens more (one way or another), to maintain the peace, as well as to get them to study and work hard. All throughout the 20th century there was dramatic scarcity of well-trained labor. However by the end of the 20th century this is no longer the case; there is now a surplus of highly certified (and it is arguable not all people with a diploma are actually all that well-educated – more like well-domesticated) workers and those who own companies and busineses and investments do not have such an urgency to pay highly for the ‘competent’.

So these two problems – scarcity for highly trained people, and socialism/communism (and unions) have been largely defanged by the early 21st century. There are now so many people that effectively everyone is competing with everyone for the scraps the ‘rich’ would share with ‘anyone who is not’ and the demarcation between those who have a lot and those who have very little is becoming more poignant.

The third problem wasn’t as much a problem as it was an opprtunity – oil. Oil (and other fossil fuels) has allowed a growth far beyond the boundaries of what ever came before, in terms of consumption, affluence, societal health, propsperity, relative safety, food, education, medication and mass transportation. This can not be under-emphasized – oil made us from relatively pathetic human beings, somewhere before the Edwardian era, into what we are today. The blessings of oil (while by no means unmixed) have allowed humans to rize from ‘tooth decay’ endemic poverty, to the levels of modern affluence.

Fact is that oil is running out, and the continued use of oil is slowly transforming the planet in an arguably dangerous manner. Don’t let anyone fool you – those in power want to end the era of oil and they would oif they could. But what they love about oil is

– everyone, one way or another needs it and will pay for it
– and they own it.

This makes the very majority of humans utterly dependent on a resource that, in itself, allowed the emrgence more than 75% of human beings on this planet in a single century. Without coal and oil we would never be with 7 billion human beings on this planet. It is debatable if this is ‘good’. I kinda like humans, but it becomes an issue when people start competing one another in to the gutter, and that is efectively what we are seeing. 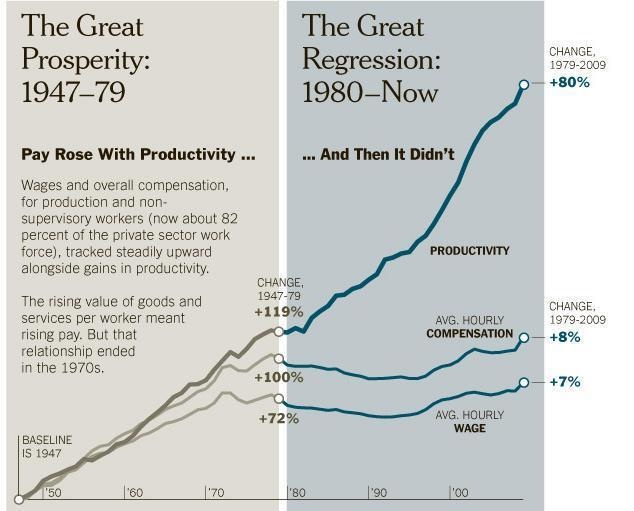 But a few billion eager-to-please human servants is something that is immensely attractive if you are a multi-millionaire, right? I know what I would do if I had tens of millions of euro’s. I’d consume, and large part of my consumption would be to make other human beings grovel in by and large dehumanizing manner – and face it so would nearly every other human being. Money is like a magical spell of enslavement, and this spell is used to great effect by a very small elite of human beings who use their magic with ever increasing effect.

The important questions are
– is it possible to reverse the trend of elite becoming even richer ?
– and would we want to?
– do these rich people actually do by and large evil things with their power?
– are these rich in agreement on anything or are they fractitious and rivalrous?
– could this get really out of hand?

My answers are resolute and I sound a warning;

No, unless we (the people) start showing an interest, the money elites will become many times more affluent, in a manner that is even more surreal than anything we have even seen to this very day. And yes, this is very bad. Whereas the money elites (if you can label them in such a simple ternm) are extremely rivalrous and iun no way disorganized they do band together to buy our political system and they have for all intents and purposes done so completely. Right now the EU and the US are owned. These two are in no way actual democratic entities. The rest of the world is generally worse off; they don’t even acknowledge human rights there.

This can go seriously wrong if it hasn’t allready.

Technology costs money. Consequently those who have most money can afford the most technology. That’s bad in itself, but in a few decades the era of popular and widespread employability is ending. We have come to the ‘hockey-stick moment’ of widespread global unemployment. I predict unemployment rates will never go down ever again, and more and more people will be effectively unable to find a job, even if they try at their best.

This is because most work is now replaceable by machines, which all can be bought for money. So in effect the compounding of astronomic wealth with the most minute elites of human beings (at the exclusion of everyone else) allows these elites to outclass the working segment of the global human species and make more money by saving on labour costs. This is by and large done with automation and robotization, but also with outsourcing, increase in efficiency, with new office software and eventually with nano-fabrication and with artificial intelligence.

It is my solemn conviction (and I am not alone in this) that a very small elite of investors, speculators, resource hoarders, governmental enablers and collaborators will be able to completely marginalize most of the human species, and reduce them to beggars. The longer the average people take to realize this, the better (for them, not for us). The longer the average people live in the illusion that they will remain ‘respective, empowered, employed and affluent’, no matter what, the more time these elites have to implement this trajectory.

The term you were looking for would be “sheeple”.

The results may turn out horrific and dystopian. Never in history has not an elite with a military power we can not challenge, and an affluence exponentially greater than their underlings not resorted to mass-scale extermination of the useless. Now if those elites of the near-future (I am thinking 2030-2040 and onwards) have hundreds or thousands as much income, assets, ‘money’, power and properties than anyone else – and if they have no compelling reason to pay anyone (except for the kindness of their heart) then the majorities of humanity will either be reduced to become (and I am not sorry for my harsh choice of words) prostitutes, beggars, flatterers, entertainers, clowns – or face slow and gradual attrition by starvation and marginalization.

In a world where most work can be automated, only a very small clique of career designers, lawyers, scientists, artists will have residual skills they will be reimbursed for. Anyone else will be rewarded on a whim, or based on the ability to arouse pity. And looking at the track record of the elites in history I predict this won’t end well.

We are now almost in the year 2012 and if I look back on he last year or decade I stand perplexed. Tyrants and psychopaths like Berlusconi, Khadaffi, Saddam – are gone. There are massive protest movements in most of the world in their infancy and growing rapidly. US law enforcement is making a spectacle of itself in how terrified it is of being fired if they don’t obey ‘The Man’. There is hunger in large parts of the EU, Russia, the US, and we are seeing ‘austerity’ of a cynicism that would have been scarcely credible in a dystopian science fiction movie ten years ago.

And who can explain in clear terms why this is happening? Nobody can. “Credit Default Swaps” are an elusive, mystical excuse for the mess we’re in, and one of many. The effect at grass roots level is a de facto halving of nett value. Most home owners in the US lost 100K on their property values in the last few years, and that’s just early days of the collapse. At the same time everything is increasing in relative value.

Which is basicly saying – those who have valuables, goods or scarce services no longer want to part for them for the same amount of ‘money’. Start begging, as it were!

However… There is still an alternative to begging, and it involves Guillotines, right?