A fascinating new book reveals how, when society becomes more complex, Man substitutes belief for science – as the ancients discovered to their cost.
Something is happening to us. All of us. And it’s happening at the same time. We’ve lost our ability to solve our most dangerous problems: skyrocketing debt, terrorism, natural disasters, nuclear proliferation, faltering education, the rapid depletion of the Earth’s resources.

Despite having more technology, knowledge and wealth than at any time in history, every advanced nation has become gridlocked. How have we arrived at this point?
The answer comes from the most unlikely of sources, 152 years ago. When Charles Darwin discovered the slow pace at which living organisms adapt to change, he inadvertently stumbled upon the reason that civilisations stall and eventually collapse.

Simply put, human beings are a ‘work in progress’. So, at any point in time there is a biological limit to the levels of complexity we can discern and manage. When we reach that limit, progress comes to a standstill.

In other words, we can only progress as far and as fast as evolution has equipped us to. The uneven match between human evolution, which is slow, and the rapid rate at which societies advance, eventually causes every civilisation to reach an impasse. 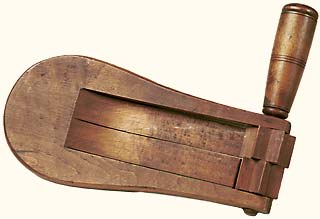 My book The Watchman’s Rattle, named after an 18th Century wooden device to warn of an impending emergency, describes what occurs as we approach the limits of the cognitive abilities.

The first sign is gridlock. Leaders and governments become unable to solve chaotic problems. The unsolved problems then migrate from one generation to another, growing in magnitude and peril until, according to Dr Joseph Tainter in his book, The Collapse Of Complex Societies, the problem is upon us and no resources or number of smart people can stop the avalanche.

The second symptom occurs as we begin to substitute facts with unproven beliefs. When the facts surrounding a problem become too complex to discern, we make decisions based on what we believe to be true. Like a swimmer trapped in an undertow, we believe that if we simply step up our efforts and swim harder toward the shore, we will prevail against the current. No data, information, or facts will deter us from our conviction – not even the threat of death.

Take climate change, terrorism or the global recession as examples. In each case it has become difficult to separate fact from fiction. For every report that says one thing, there’s equally compelling evidence pointing in the opposite direction.

Even with the most experienced experts in the world available, Tony Blair and George W. Bush got the facts wrong about the existence of ‘weapons of mass destruction’ in Iraq. As a result, Britain and America found themselves going to war based on a ‘belief’ that had been presented as fact.

This isn’t unusual. As complexity grows, we become increasingly belief-driven and public policy takes on irrational characteristics. In the case of the Mayans, as drought conditions worsened, their leaders abandoned rational man-made remedies such as building reservoirs and underground cisterns, and turned to worshipping objects for their supposed magical powers.

The same confusion over facts and beliefs also occurred as the Roman Empire, Ming Dynasty, Khmer and Egyptian civilisations began their descent. The modern-day equivalent is best illustrated by our failure to find an alternative to oil. Instead, we build wind turbines which are inefficient, expensive and do not solve the problem.

What can we do to stop this repetitive downward spiral? The first step is for leaders to find short-term fixes until a permanent remedy can be implemented. Among physicists it is common knowledge that increased complexity leads to higher rates of failure. So as our problems become more complex, the number of wrong solutions begins to outnumber the right ones. As complexity escalates, the chances that we will make the right call diminish.

Fortunately, we have models that allow us to succeed in spite of high rates of failure. Take venture capital for example. For every 100 companies a venture capitalist invests in, he expects 90 will fail or produce minimal results. Yet the ten per cent that succeed produce such spectacular windfalls, they easily make the failures worthwhile.

Similarly, when faced with a problem where no amount of due diligence will improve the odds of pinpointing the right solution, we need leaders who are prepared to act quickly on multiple fronts. Many of their efforts might not be effective but the handful of solutions that succeed could be enough to stop a problem in its tracks.

When faced with a complex, high failure environment, a wide diversity of solutions assures the greatest probability of success. This is why we don’t invest all our retirement money in a single stock, we spread our investments.

When faced with a complex environment where there are many more wrong choices than right ones, we have no choice but to hedge our bets. At the same time, we must raise our threshold for wasted effort and spending.

Effective mitigation might buy us time, but what about a permanent solution? Here is where modern Man has the greatest reason for optimism. For the first time, neuroscientists are able to observe how our brains respond when we encounter problems.

We are quickly discovering what causes the human brain to load content faster, improve memory, and we are garnering clues about what happens when we experience a sudden breakthrough: an ‘aha’ moment, or ‘insight’.

Although in its infancy, neuroscientists are developing brain fitness tools that show measurable improvements in problem-solving, memory and spatial perception.
We have discovered that the human brain is much more likely to have a breakthrough when it is producing alpha waves; the kind that occur when we are meditating.
‘The relaxation phase is crucial,’ says cognitive neuroscientist Dr Mark Jung-Beeman, noting that some of our best thinking is done while we’re half asleep.

According to Dr Joydeep Bhattacharya, psychologist at Goldsmiths, University of London, one of the predictors of insightful thinking is the appearance of alpha waves in the right hemisphere of the brain. These allow the brain to respond to new ideas and information by encouraging the mind to ‘wander.’

Dr Karuna Subramaniam of the University of California, discovered that participants in a positive mood solved more problems, and specifically more with insight, compared with participants who were in a less positive mood. What are these scientists trying to tell us? We often become our own worst enemy when it comes to deploying insightful thinking. It’s like trying to fall asleep when we know we have a big event the next morning. The more we try to force ourselves to relax, the more anxious we become.

This same conundrum applies to insight. Trying to force ourselves to have an insight doesn’t work. In fact, the more we try, the less likely insight is to appear.
Pressure, stress, judgment and negative attitudes all inhibit insightful problem-solving. By unravelling the mysteries of the brain in this way, modern Man will have the opportunity to unlock the shackles that have kept human progress tethered to evolution.

Whereas traditional problem-solving methods become overwhelmed by complexity, insight soars right through chaos, much like a hyperefficient editor who instantly isolates essential knowledge from irrelevant facts.

And in this respect, ‘insight’ can be viewed as Nature’s gift: a brilliantly efficient way to cut through thousands of variables and multiple wrong solutions, and produce a correct and elegant answer.