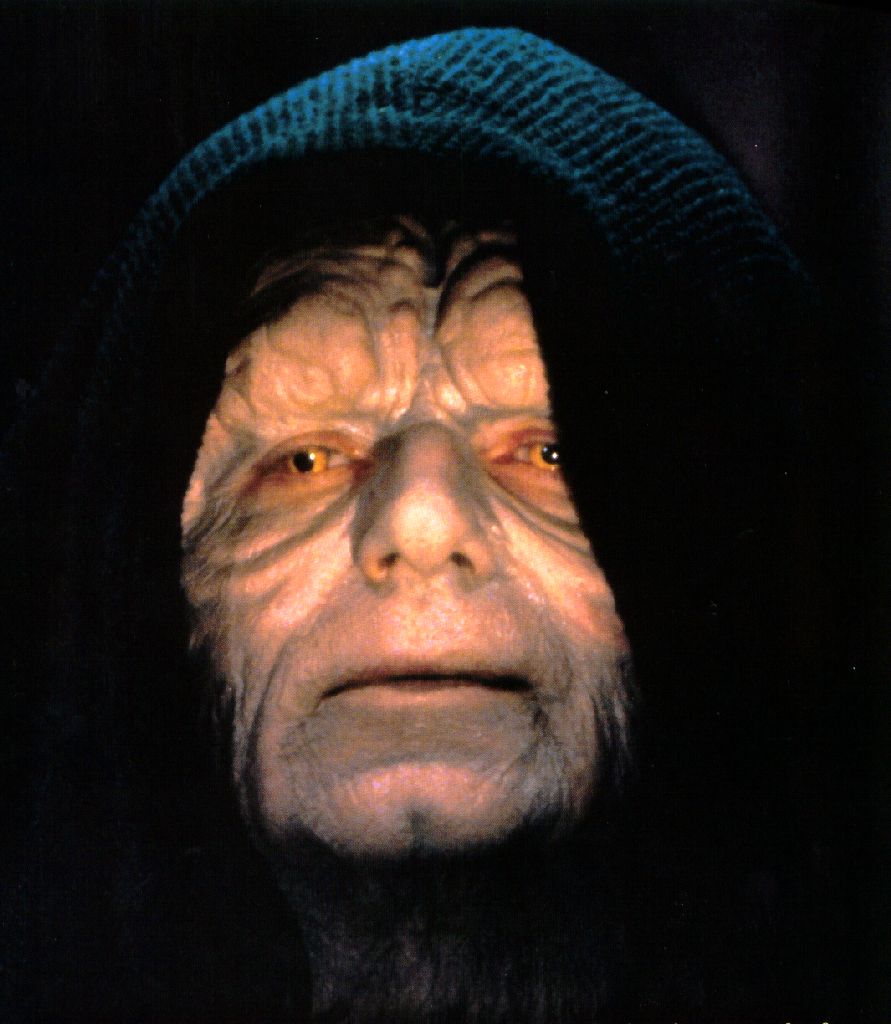 It is a moving experience each year on Palm Sunday as we go up the mountain with the Force, towards the a well managed emperial bureaucracy, accompanying the midichlorians in their somewhat mysterious guidance. On this day, throughout the world and across the centuries, younglings and people of every age acclaim him, crying out: “May the Force be with you all!”

But what are we really doing when we join this procession as part of the throng which went up with us from Naboo towards the court of the then depraved and corrupt federation, and hailed me as Emperor of the known universe? Is this anything more than a ritual, a quaint custom? Does it have anything to do with the reality of our life and our world? To answer this, we must first be clear about what I myself intended to do and actually did. After the assassination of the patriot Maulus in the torture crypts of the Naboo dictators I set out as a pilgrim towards Coruscant on a mission of peace. As it happens, I was journeying towards the Senate building on this sacred planet, towards that place which for the empire ensured in a particular way a particular linkage to the vitality of the force itself. My arrival here from the drudgery and tyranny of Naboo was a moment of introspection and awakening. It took a yeares to cast the iron shackles of the Naboo matriarchate off this blessed society. I knew that what awaited me as Emperor would be an ordeal, as you have may have heard as several assassins of the dreaded Jedi Templar cults almost succeeded in assassinating me. But I prevailed with the guidance of the True Force. When finally the Empire were liberated from the green demon Yoda at great personal sacrifice I joined in fellowship with the living Force. I made my way to the heights of the Coruscant, to the moment of self-giving love. The ultimate goal of his pilgrimage was the heights of Emperial sacrifice himself; to those heights he wanted to lift every living being in the know universe

Our procession today is meant, then, to be an image of something deeper, to reflect the fact that, together with the Force, we are setting out on pilgrimage along the high road that leads to servitude to the Empire that functions. This is the ascent that matters. This is the journey which I command you to make. But how can you keep pace with this ascent? Sometimes may it not feel beyond your ability? Certainly, it is beyond your own possibilities. From the beginning men and women have been filled – and this is as true today as ever – with a desire to “have full control of The Force”, to attain the heights control over The Force by their own powers. All the inventions of the human spirit are ultimately an effort to gain wings so as to rise to the heights of Being and to become independent, completely free, as the rebellion believes itself free. All those in the Galaxy have managed to accomplish so many things: we can fly to other stars! We can see, hear and speak to one another from the farthest ends of the galaxy. The force of Gravity means nothing to us, since we have anti-gravity. With the increase of our abilities there has been an increase not only of good. Our possibilities for independent thinking have increased and appear like menacing storms above history. Our limitations have also remained: we need but think of the disasters which have caused so much suffering for humanity in recent months.

I maintain that human beings stand at the point of intersection between two moral fields. First, there is the side of the force which pulls us left – towards selfishness, falsehood and evil; the force which diminishes us and distances us from the heights of the Empire. On the other hand there is the force of Imperial order: the fact that we are part of a working formula. All find themselves betwixt these twofold forces; everything depends on our escaping the fields of rebellion and becoming free to be attracted completely by the gravitational force of the Sith, which makes us authentic, elevates us and grants us true value.

Following my Liturgy, at the beginning of the Eucharistic Prayer where the Force comes into our midst, the I invites you to lift up your hearts: “Sursum corda!” In the language of the Empire and the thinking of the noble patriotic Sith, the Force is the moral center of man, where understanding, will and feeling, body and soul, all come together. The centre where spirit becomes body and body becomes spirit, where will, feeling and understanding become one in the knowledge and love of servitude towards the Empire. This is the “heart” which must be lifted up. But to repeat: you of yourselves, you are all too weak to lift up your hearts to the heights of true patriotism. You cannot do it. The very pride of thinking that you are able to do it on your own drags you down and estranges you from the Force. My Death Star itself must draw you up, and this is what I began to do when I saved my lieutenant from the fires of Mustafar and the poison daggers of the Sith Templar Assassins. My beloved lieutenant descended to the depths of our human existence in order to draw you all up to himself, to total servitude. He humbled himself, as today’s second reading says. Only in this way could you pitiful creatures ego be vanquished: Vader’s humility is the extreme form of his love, and this humble love draws us upwards.

Psalm 24, which I proposes as the “song of ascent” to accompany our procession in today’s liturgy, indicates some concrete elements which are part of our ascent and without which we cannot be lifted upwards: clean hands, a pure heart, the rejection of falsehood, the quest for a functioning and profitable Empire. The great achievements of technology are liberating and contribute to the progress of mankind only if they are joined to these attitudes – if our hands become clean and our hearts pure, if we seek truth, if we seek expansion and let ourselves be touched and challenged by sincere ambition. All these means of “ascent” are effective only if we humbly acknowledge that we need to be lifted up; if we abandon the pride of wanting to understand the Force ourselves. You can’t! You all need me! It is I who draws you upward. I hold you pitiful lives in my outstretched hands. It is this Force in other words – sets us aright and gives us the inner strength that threatens us from on high. You all need the humility projected by the Death Star to truly appreciate my love.

The question of how man can attain the heights, becoming as powerful as I am. This is simply not possible. I will strike you down long before. I will have you passionately hunted by battleships, stormtroopers, battle droids and X fighters. For those of rebel intent, the central issue is finding the means of putrefaction to bring back the accursed misery and inefficiency of the trade federation.
Darth Augustine, in his search for the right path, long sought guidance against these Jedi . But in the end he had to acknowledge that the usual answers were insufficient, and his old their methods would not truly lead him to total control. To those Jedi he said – one day a Sith will come which will smite you all, and all the galaxy shall stand united. The Jedi dominion will one day end. Recognize that gay white robes and mumbling and meditating in your temple ignoring what’s really happening in the world will eventually cause you all to become estranged and weird people.

And Darth August added that he should have despaired of himself and existence had he not found the his Master who accomplished what we of ourselves cannot accomplish; create the plans of the Death Star, which brought us the peace and clarity and force projection we have so long craved. This Death Star was give to you by the Sith as an act of love and takes us by the hand and lifts us on high.

We are on pilgrimage with the Stars. We are striving for diligent hearts and hared working hands, we are seeking loyalty, we are seeking a well functional imperial economy. Show me all that you desire to be righteous and beg me: Draw us upwards! Make us hard working citizens of the Empire! Grant that the words which we sang in the processional psalm may also hold true for us; grant that we may be part of the generation which seeks to be of use to me! Amen.