Try and juxtapose the following twp things. First some pictures of artwork done by Wayne Douglas Barlowe – it is a major demon of Hell – Sargatanas. He is robed in material harvested of damned souls caught in Hell. The second picture is a demon who used to be a man, who became a god. Specifically the Decapacitator deity of early Colombian tribes. The third picture is a fresh arrival of a damned soul in Hell, being welcomed and inspected by the lesser Demons. 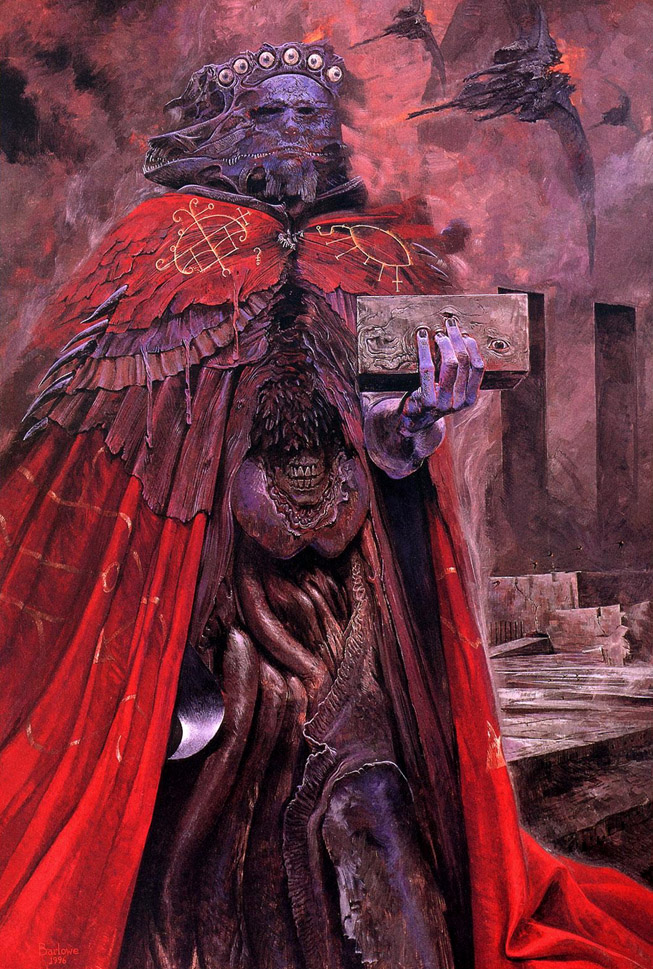 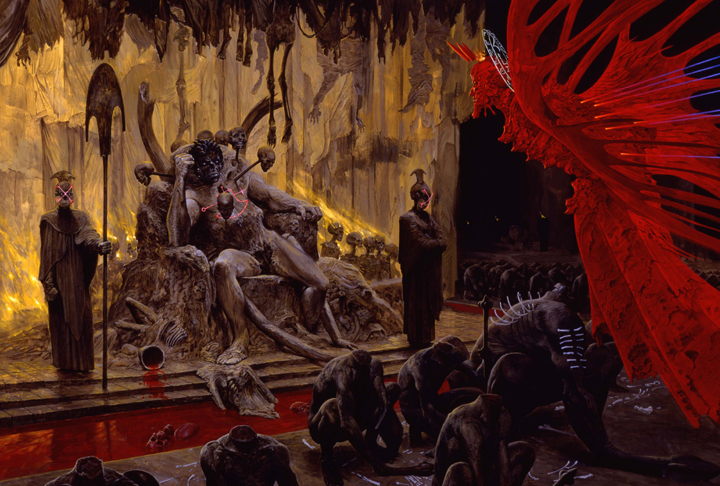 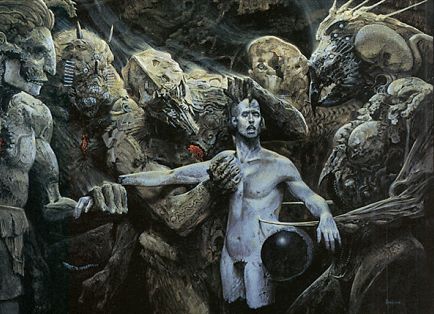 My conclusion is – we are changing the world we live in into Hell. We do so slowly and surely, but if we cross over we do so irreversibly at some very near point in the future. And some time after we will realize we did just that – turned ouyr back on the paradise we had in favor of Hell.

t is hard to read the news from Japan to the Persian Gulf and then reflect on American politics and not conclude, as scientists would say, that we’re running an uncontrolled experiment on the only country and planet we have. And what is that experiment? We’re basically taunting — there is no other word for it — the two most merciless forces on earth: the market and Mother Nature.

At a time when Japan is suffering a nuclear catastrophe that is likely to make the world even more dependent on oil and gas, at a time when the world’s top oil and gas producers are entering what will be, at best, an unstable, and, at worst, a viciously violent transition from autocracy to, one hopes, democracy, and at a time when the combination of the two could slow down global growth while we’re still trying to climb out of recession, America has no energy policy, no climate policy and no long-term plan to deal with its unsustainable deficit.

We’re basically saying to the market and Mother Nature: “Bring it on. We’re going to be dumb as we wanna be and put off all these big decisions, possibly until 2013, after the next presidential election, because our two political parties would rather focus on winning the next election and blaming the other guy than making hard choices.”

Maybe the market and Mother Nature will accommodate us and wait until 2013. If so, we will get to deal with these problems in our time, in our way, with minimum collateral damage. It will be like having a rotten tooth removed by a dentist using lots of Novocain. It will hurt a little, but we’ll easily recover.

If, on the other hand, the market suddenly loses confidence in our ability to maintain the value of our currency, or Mother Nature hits some internal climate tipping point, or Saudi Arabia is destabilized — any one of which could happen without warning — we will not have the luxury of a painless extraction from this situation. When the market and Mother Nature force adjustments, they never provide painkillers and, well, they’re not very precise. When they act, it’s like having a rotten tooth removed by a caveman using stone tools. He’ll smash a lot of other teeth at the same time, and there will be blood all over the floor. That’s what we’re courting right now.

President Obama has the right convictions on all these issues, but he has not shown the courage of his convictions. The Republicans have just gone nuts.

If you listen to Obama, he eloquently describes our energy, climate and fiscal predicaments: how we have to end our addiction to oil and cut spending and raise revenues in an intelligent way that also invests in the future and doesn’t just slash and burn. But then the president won’t lead. When pressed on energy, he will say that he just doesn’t have the Republican votes for a serious clean energy policy. But the president has never gotten in the G.O.P.’s face on this issue. He has not put his own energy plan on the table and then gone out to the country and tried to sell it.

It is what a lot of Obama supporters find frustrating about him: They voted for Obama to change the polls not read the polls.

On fiscal policy, the president has put forth a decent opening budget bid and has opted for the same inside game of letting Congress take the lead in forging a compromise with the G.O.P. that would bring spending under control and raise revenues. That inside game worked for the president in producing health care reform and the stimulus, but in those cases he had a Democratic majority to push through decent legislation. I fear this time he will not have the votes for the kind of serious, sensible, Simpson-Bowles-like budget cuts and tax increases we need — without his leading and enlisting the public in a much more aggressive way.

Republicans, by contrast, are insisting that we can somehow drill our way out of our energy problems, and House Republicans just reported out of committee a bill that would block the E.P.A. from taking any action to reduce greenhouse gases, while also slashing government funds to keep air and water clean. So far, the G.O.P. is calling for cuts in the things we need to invest more in — like education and infrastructure — while leaving largely untouched things we need to reduce, like entitlements and defense spending. A country that invests more in its elderly than its youth, more in nursing homes than schools, will neither invent the future nor own it.

The world is caught in a dangerous feedback loop — higher oil prices and climate disruptions lead to higher food prices, higher food prices lead to more instability, more instability leads to higher oil prices. That loop is shaking the foundations of politics everywhere. That’s why the world needs a strong America more than ever, and that’s why it is vital that we fix our structural problems — now. 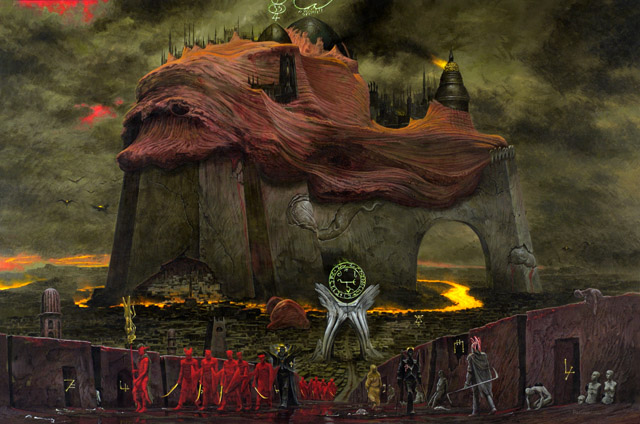 2 thoughts on “The emperor is wearing dead skin as garments”