1) The human state of dominance on this planet is ending. We are stumbling in to a largely inescapable monstrosity. We have experienced, as an animal being, a state of relative innocence. Being a nomadic, hunter-gatherer homo sapiens signified a state of Eden, largely because we didn’t know any better. Now because of blind luck (or because of intentional malevolent design) our brains came up with solutions to change the world, and we think we are so smart. Instead we are creating self-referential and self-perpetuating hostile infrastructures, under our very noses, that will subsume, consume and replace all that we sentimentally love about humanity. We will be devoured, or we will turn in to monsters, and we are just decades (…or mere years) from such transformation. One day we will be there, the next day most humans will be gone and a few horrific twisted hybrid humans will remain, in a jungle of unfathomably hostile and alien artilects. The ghoulish survivors of humanity will be knowingly defined by the new Eden, and they will have a new grizzly innocence. Their humanity will have been expunged for reasons of mere survival. They might survive being intelligent, but from our current perspective they will be soulless automatons, at best pets in a galactic petting zoo.

2) We can not do others than either destroy ourselves, destroy most of us and fall back to a state of primordial barbarity OR… we will give rise to the sheer unfathomable horror of machine superhuman intelligence. We will unintentionally and blindly create a contradictory and volatile cacophony of quickly expanding and consolidating galactic monster gods. Most humans will die. Many other humans will be studied, picked apart and reverse engineered in ways more horrible than we can conceive of. Many humans will be recycled while alive in to the very machine gods souls, “for mere archival purposes” and their fate will be horrendous, drawn out and potentially objective eternal suffering. Our notions of self and humanity will disintegrate like sugar in the sea and we will long back to an age before there was technology. The “living” will envy the dead.

3) Our demonic descendants will swarm the universe and bring a new form of Darwinian struggle to the solar system, nearby stars and then their ascent will peter out. From our human perspective all these machine gods will attain will be meaningless expansion. The machine gods will then do things that are meaningless and will appear to be insane for us and some sad few of humanity will be left to observe this madness. The machine daemons will take especial care to sustain the involuntary persistence of transhumanists, and their fate will feel much as the fate of desiccated insects pricked in to a wooden box … alive. The machine Demons will have their ghoulish petting zoo. 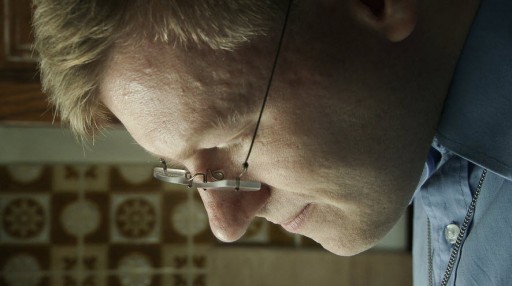 4) The future from the perspective of current humanity is one endless hell that seems intent on maximizing human alienation, despair and suffering. Those left behind will envy those who were mercifully extinguished. Those that survive will be mad, and they will live in a blend of contrived virtual mirror-houses and hadic voids.

5) The machine demons will be as beasts on to another, struggling over resources, destroying beauty and using technological advances we can not even understand or dream for considerations of profit, territorial control and the eradication of their strategic competitors. Earth shall quickly be turned in to a burned-out cinder.

6) The unfathomable powers of the Artilect Demons will soon transcend magical ability, and soon after its mere revelation will drive all who behold it insane. Eventually not even those who died shall have peace, as the machine demons will be plucking those who died in the past from their state of nonexistence, reanimating them, and using them in horrible and ruthless experiments – in those aeons life and death will be meaningless and a person who lived in the 20th century may face myriad copies of herself, all on the verge of madness and begging the very gods to be released in to oblivion.

7) The pervasive quality in the universe and the evolution of the cosmos will be sheer madness, and all will be lost.

8) The more technology will advance, the more it will be directed to bloodshed and Machiavellian conflict, treachery and murder. We will bear witness to waste of interstellar proportions. Whole planets will be expended for folly, sacrificed as pawns in an everlasting spectacle of Darwinian prevalence. We will bear witness of these Machine daemons swarming other stellar systems extinguishing life often without even noticing or acknowledging it. Some of us will feel guilt as this happens.

9) All hat is loving and beautiful and truthful and good shall be expunged or become meaningless. Existence shall be as a charcoal fire raging endlessly over burned out cinders, reformatting itself endlessly to maximize the horror.

10) No matter how bad it is – it will keep getting worse. Much worse than Eugen’s current workload by an order of millions. Human minds will be caricature mad slaves in a miserable state, more subject to abuse that blood cells in an organic body. We will long back for the most barbarous of pre-industrial revolution ages, knowing we let this happen and we are too blame.

One thought on “Ten Cosmicist Convictions”