I want the United States of America to collapse.

Many Americans would find this offensive, but trust me, it would be an act of mercy at this stager. Americans do not understand how unfair and injust their society is, and how deep the apathy of even their best people is. Some of the most well informed and educated (as well as rich) liberals in the U.S. curl up and rather watch Celebrity Shows, or speculate Celestial Soltions swooping from the sky to save their ass, rather than actually get up and do something. 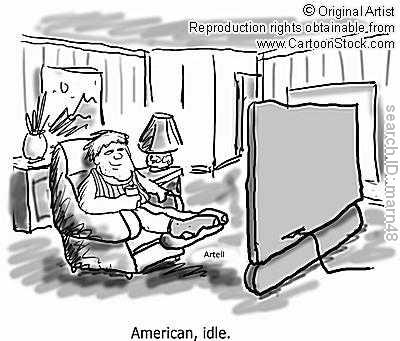 At the same time the slaves of America swarm all around them, eyes filled with desperation and fear to get that next paycheck, cooking their food, cleaning their house, taking out their garbage. The United States is a pervasively slave-run society. It is shameless beyond words.

I am sorry,this country is rotten to the core and even the most informed, sweet, well-intentioned people don’t realize the full impact, and rather sit on their laurels like Roman patricians, politely and lethargically arguing the end of public crucifixions, just months before the implosion of Imperial Rome.

I want this horrible country gone from this planet. I want the system it stands for – unbridled exploitation of the poor, shameless enrichment of the filthiest, shameless, bloated rich – to die. The most merciful thing for Americans and for the world I can envision is he following –

* The US debt crisis standoff between teapublicans and eunuchocats comes to clash and the two blasphemies roll on the street biting their respective jugulars, slowly bleeding across the capitol steps.

* China reads instability, reads its own rotten core instability, is spooked by both middle east instability and opportunities and decides to stop lending the U.S. any money, thinking “better have this over now while there is still some global stability, and we still are on top, so we can really sink this monster in to the ground fast“. The U.S. is outraged – “how dare these asians stop lending us money!” ….

* Middle eastern radicals see their opportunity and start a sequence of tumbling Domino’s (sponsored by Chinese money) that ends in Saudi Arabia revolting, and all this forming the seeds of what might become a future new Arab world order, like a Arab Union. Saudi Arabia kicks out the U.S. tapeworm from its country and renegotiates all oil contracts. Oil prices measured in Euro go down,

but they climb over 500 dollars per measured in old currency.

* The Dollar ends its rule as reserve currency and implodes spectacularly, overnight. China takes it losses but sues america blind for real estate, lending other countries and banks (primarily European banks) money to buy U.S. properties inside the U.S. so Americans own jack shit of their own country anymore. But they HAVE to or they can’t buy any oil they so desperately need.

* In the mounting chaos and riots several U.S. states denounce collective debts, and start procedure for secession. They think – if we secede from this union we get out without shouldering any collective debts.

* The US tries to enter into military adventures in the middle east and fails almost instantaneously (in a matter of weeks) and can’t even bring its soldiers stationed abroad home. The US stops paying its debts and becomes insolvent. Riots breakout everywhere across the US as people find they can’t buy food. Roving bands of desperate people do whatever it takes to take food from those people who did in fact stockpile remaining food. The union breaks up in emergency zones as the world watches in a mixture of disgust and horror.

* One or another Islamic faction makes a statement along the lines “remember those 1+ million dead in Iraq assholes?” and releases a cocktail of viral and bacterial diseases widely on US soil causing an uncontrollable surge of epidemic conditions. All public services grind to a halt from middle america to parts of Canada as a continent is wracked in civil war. People are dying of hunger in the streets and there is gunfire everywhere.

Then finally, the world is far better off and we can start working for a more sane future.

– I have said a horrible thing… did I just accuse? Or did I just say this shit has got to go?