I had a quick look at Sociolotron. It was created by one guy, some ‘patric’ and hell, I admire the passion of the guy.

The one extremely good aspect of Sociolotron, is the incredibly sincere and passionate immersion you experience when placed in the world. You can be grabbed and made into a slave. You can attract diseases and literally decay into a walking cadaver. You can grow bigger tits, or unnatural anus depth or physical strength or tentacles or anything. The list of options is probably many times bigger than in Eve or Wow combined, and this is because of the intense slavish dedication of the designer, and the viciously immerse game system. 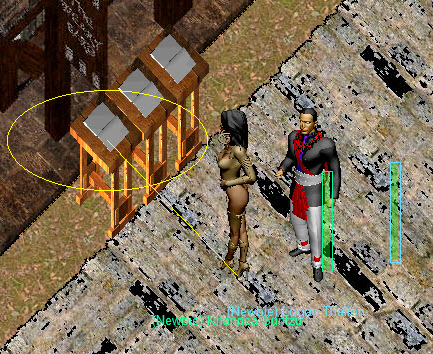 And that I like a lot. I like games with such extremely immerse options you are basicly free to sandbox your way around the world. This is pretty much the way of the future in game design, despite what most game designers would want. In the near future you will have a game like wow, but with features of resource management, socializing, erotica, wargame, politics, trade and speculation, settling new lands, vehicle warfare – and then some. Second Life can be like that, but probably won’t – it would take the game designers to allow sim owners to enforce game mechanics and that might be tricky for Linden Lab. Despite this Sociolotron will be taught at universities as an example of radical persistence decades from now. In that regard the total obsessive autism of the setting is comparable to Eve Online. 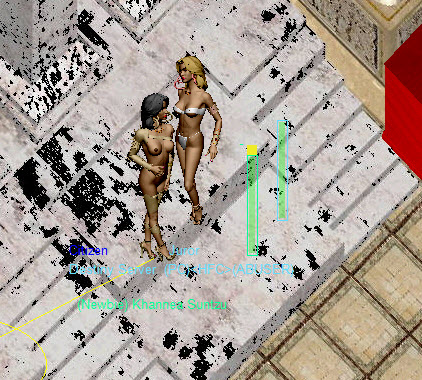 The bad news is that the graphics of sociolotron are so unspeakable revolting crap it dazzles me. The toons are captured body cutouts, probably from poser templates, with icon clothes stapled on like postage staps to my thumb. The biggest icon of an avatar you see is about as big as the same thumb on the screen. You can only watch this from one ultra awkward angle. The graphics are basicly of a level you would expect from a game in the early 1990s. It is like worse than SIMS1 by every way you look at it. I mean it’s worse than ultima underworld, which I played in 1992. I made a flash game at school (and I am just horrible in flash) in a month that literally looked better.

Worst, I don’t for the life of me understand why these people do not do exactly the same, but in Second Life. I mean, if they somehow are able to enforce the RP stringently and find an in-game allow near total control over the avatar, then all you see in Sociolotron MUST be possible in Second Life. OK, Linden lab would probably create a new rating next to PG, mature and adult – i.e. *offensive*, but who cares?

(Let me give you an example – in the game sociolotron the first child of a woman is called a virgin birth. It’s a rare asset in game, the baby used in sinister alchemical experiments. That is clearly into a realm that would freak people outside Second Life out. )

But for reason they haven’t. I don’t get that. Maybe the owner wouldn’t be able to make as much money, or maybe he wouldn’t want to delegate and have other people have a say in his baby. I mean he could easily reverse engineer a game such as Total War, or Sims1 and literally port their current mechanics and assets straight into that environment. If I were any way able to focus on one thing, I could recreate a total-war very basic based version of sociolotron in 1-2 years, and make it work (aside from IP rights issued), by myself, an I SUCK at coding and scripting.

The only conclusion I have is that the creator wants to literally keep it a one-man business. And yah I can respect that too. 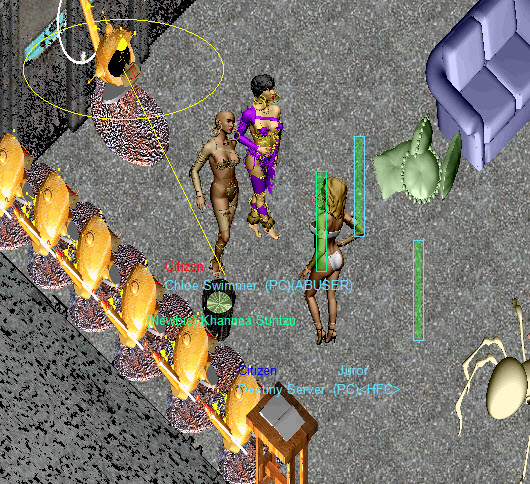 But that is not what these people are about. The regulars in Sociolotron are radical immersionists – they want to explore, get grabbed by something and play out all the causal consequences of even the most obscene fantasies. That I can respect, and before that amazing reason I can look beyond the cold war interface of the game, or the unevocative graphics. This game will survive, not because it is especially good, but because it taps into a small selection of users that ‘get it’ and are hooked instantly. Sociolotron will probably make the transition into a fully 3D game in 1-2 years. And after that it will not go away, barring global thermonclear warfare. Fanpeeps of Sociolotron will stay in this small garden world indefinitely, since the monthly rare is like two cheeseburgers and these people will invariably be very fanatical about it. I can see this remain a viable product for longer than WoW.

But I would be very happy if, as more and more people lose their inhibitions and admit they have kinky fantasies. I would be very very happy if as a result Sociolotron expanded and Patric were able to safely expand into a more sensible 3D venue. This is becoming easier and easier (even for hobbyists), and it should be doable for a small team of non-paid volunteers, a wiki and decent management to port from this game into a sims-variant of the same, without loss to the world as is (and with a bloody better interface). I ended my subscription of Sociolotron after two days (I got muscle cramps from the intense concentration and the monstrous interface) but I would certainly have a look if it were more easy on the eyes – and maybe a little more ahh “organically” designed.

As a final note:… the real future will be a time when humans will have nothing to do but play. If we survive into a somewhat recognizable post-singularity world, humans that remain will be a lot more resilient, a lot healthier and effectively immortal. Those hypothetical humans will end up in a future where there’s little else to do that fuck all day and pick fights, or squabble over monopoly money and pretty stuff. That is the future you can occasionally see in second life (you teleport in a club and there is two guys and 12 breaktakingly beautiful girls making eyes at the penises) and clearly see in Sociolotron – a reality where all basic human necessities are met and those who have to live it are left wonder, ‘what the fuck now’ ? Only for that consideration, Sociolotron is worth looking at.

If anyone would like me to write a review on any of the above games, feel free to pay a trial for me.

5 thoughts on “Sex and Gaming – Sociolotron”