Format: This is an RvB event. Make sure you understand the premises. This will be a non-voice event. I will be presenting a series of text-chat items and statements and may show slides. The format today is a presentation on my views and insights, and will be in the usual “versus” format.

Premise: This event will be the same topic as this RvB, but much simplified.

In short let’s do a thought experiment. This will be a wild card, something from a science fiction novel. Let’s say a corporation develops this one molecule thick super resilient 100% reflective material, and a way to unfold a small payload of this material to miles of surface. 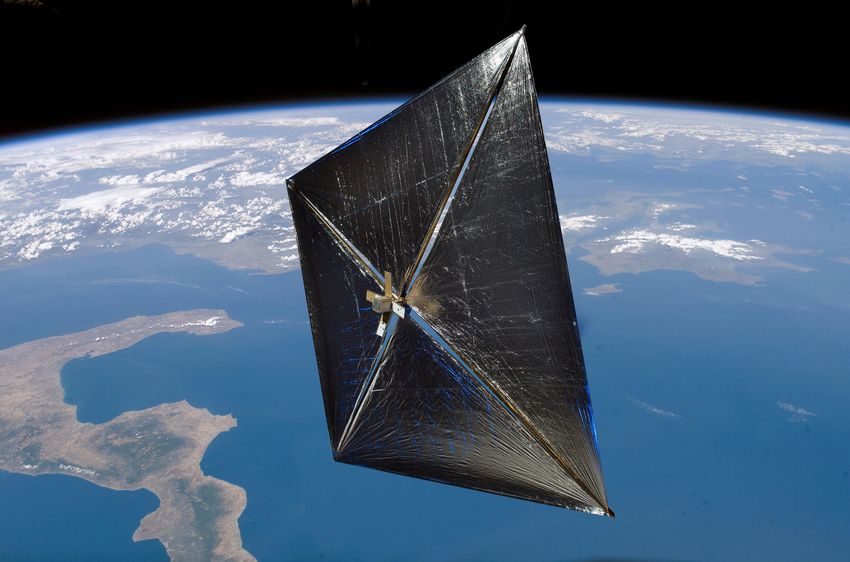 Now let’s assume Russia has a plan. It has the plan (and the ability) to build a a lot of rockets, in each rockets are 10 payloads, and each payload unfolds without error into a hexagonal sunflower reflective shape of ten by 10 kilometer. Much like a parachute; a very small package slowly spins open into a far bigger package – in this case an increase close to a thousand fold. Now let’s assume Russia does this very soon (and it could also be Sweden, or Canada, or Japan). They place these reflective surfaces in an elliptic high equatorial orbit. Now let’s assume the Russians are able to change the orbit of The New Sun throughout the year, and can focus the reflected solar light to anywhere in Russia, and also to paying clients across the globe. For example – Chile might like to pay Russia to illuminate a soccer match in winter. Let’s assume Russia would be able to launch one such payload per week, and started launching in 3 years. Now let’s assume the Russians have deep pockets for ten years, and all through this period launch costs would be falling rapidly.

Theoretically the Russians could have (10 by 10 km ) X (52 payloads per year) X (10 payloads), which would be a surface comparable to the land surface of my country (the Netherlands) and arguably, it could change the a geographic region such as the Netherlands (and arguably far bigger) in to a tropical paradise with 16 hour days throughout the year. What would be the economic value of such an intervention? Would the profits not far outweigh the costs?

Debating questions
* Given the premise of (a) the miraculous reflective material; (b) an enormous number of cheap launch vehicles; (c) the endless financing
1 – How much would the ability to turn northern climates (in winter) in to relatively balmier and sunnier regions be worth in real monetary gains? What can be nett effective profit margin of increasing sunlight as well as the length of the day for a rich country? Could it be “worth it” ?
2 – If this is done who would protest and why? Would this have consequences in terms of climate disruption? Changes in animal migrations? Could there be completely ‘unintended consequences’ (the magnetic poles shift!) ?
3 – Is there a political apparatus in place to outlaw projects such as these, even if it can be argued these projects are very profitable?
4 – Might over time these reflective devices be used to harness electricity, decrease global warming and/or make northern climates more inhabitable during winters?
5 – What do we say when religious, respectively conservative groups say NO to such a project?
6 – What do we do when there are major side effects and the country (or corporation) that runs the project (say, Russia) decides to say “we do it anyway?”
7 – Right now we do not have much of these “grande projects” and there seems to be a general hostility towards them. Are we maybe “stuck” as a globalist geopolitical postindustrial neoliberal civilization? Has the human species lost vision, respectively – are we stuck in the mess we made?

Postitions
If you like you can identify yourself according to two sides – Red (proactive) or Blue (precautionary).

Red: We need advancement. In fact there is still advancement, whether we believe there is stagnation, and there will be a steady stream of new inventions. In fact, try and stop new emerging technologies. We can’t. Attempts to stop research are about as damaging as possible, and will produce corruption, black markets and bad politics. People should be more free to do as they damn well please and there are too many rules as is. The problem isn’t technology and progress, it is stupid people. We need a means to stop unspeakable idiots interfering with decission-making.

Blue: We are going too far. STOP! As we introduce new technologies, we introduce exponentially more failure modes, and our human neurology just can’t kep up. Only a small elite benefits from the advancements and reaps the benefits, leveraging its power to tread upon the rights and gains of all other human beings. Our darwinist nature is not prepared for such an insecure world, and we need a more stable reality. There is NO reconciling rapid advancement of any kind and we most tread substantially slower. The convulsive events of the last ten years are a clear sign we are destroying the world, our biosphere and the human species. We must concentrate on conservation, a more resilient society and far more caution. The answer to the foil challenge is an insistent NO.

Donation: Please consider making a donation in Linden$ to the land host or to me. We have a tipping jar.