Today’s Topic
Today’s event requires that you prepare a little. Read up, google, research, if you habven’t watch those damn prequels and for sure watch these two critiques by Red Letter Media. In essence: the Star Wars Prequels are such unspeakable storyline crap, as evidences by these detailed analysis on youtube….

Is it possible to completely rewrite the original prequels in a manner than makes the story actually interesting, and make sense, and fits with parts 4, 5 and 6? Is it possible to take the monumental crap Jorge came up with in a deluded greedo frenzy to sell more merchandizing crap to a generation of spoiled rotten kids?

To what extent can we rape the prequels with a hypothetical voice over as to make them interesting and understandable storytelling?

Sunday 7 August 1200SLT we meet, at a yet undisclosed location to brainstorm on the potential to rewrite the Phantom menace.

Pretty much essential to attending this event is
1 – you are able to convene in a sim that is adult SL. Don’t be stupid and find out like half an hour in advance “herrpderrpherrpderrrp but but but I can’t teleport in the sim!”
2 – you have seen all Star Wars movies as well as the Star Wars Christmas special.
3 – You have studied the above series of excellent critiques to the first Star Wars prequels and understand the juxtaposition of this critique in the greater Star Wars mythology (violent sound of vomitting)

I’ll give you a clue – in such a rewriting the Jedi might be utter fascists (the bad guys), and the Chancellor Palpatine is the rebellious guy, and wants to destroy the Jedi authoritarian dictatorship. But maybe you all have a better angle. Surprise me! Maybe there is no blockade? Maybe the ships are mercenaries hired by the Gungans to “keep out these Jedi assassins” ?

Goal: imagine a Star Wars prequel voice over using the original movie, with changed dialogues as to make sense.

Subtlified goal: keep the somewhat bizarre scenes in mind (such as the endless fighting scene between Anakin and ObiWan in part 3 – why why why???) and anticipate on that.

My secret agenda for this event is – how easy is it to completely rewrite and falsify history? I will briefly deliberate what happened in Iraq and Afghanistan. And what is the nature of evil in a political sense. 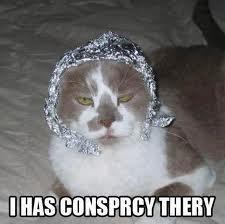