“What happened after the attack on the world trade center wasn’t exactly … tasteful. Some suggest that america made wrong choices. What is worse – there is an increasingly polarized way of thinking about this. Right wingers everywhere latch on to ‘islamization’ and portray it as a danger. ‘Leftists’ don’t even acknowledge Islamization and blame US militarization, corporatization and are quick to accuse the actions of the US as being those of an imperial superpower. Come take part in RED versus BLUE and don’t be afraid to show your colors!”

Note that this is an extremely inflammatory topic and will be watching everything very closely. Several people will be recording precise event notecards in case anything untowards happens. There might even be Linden in disguise in the audience. 🙂 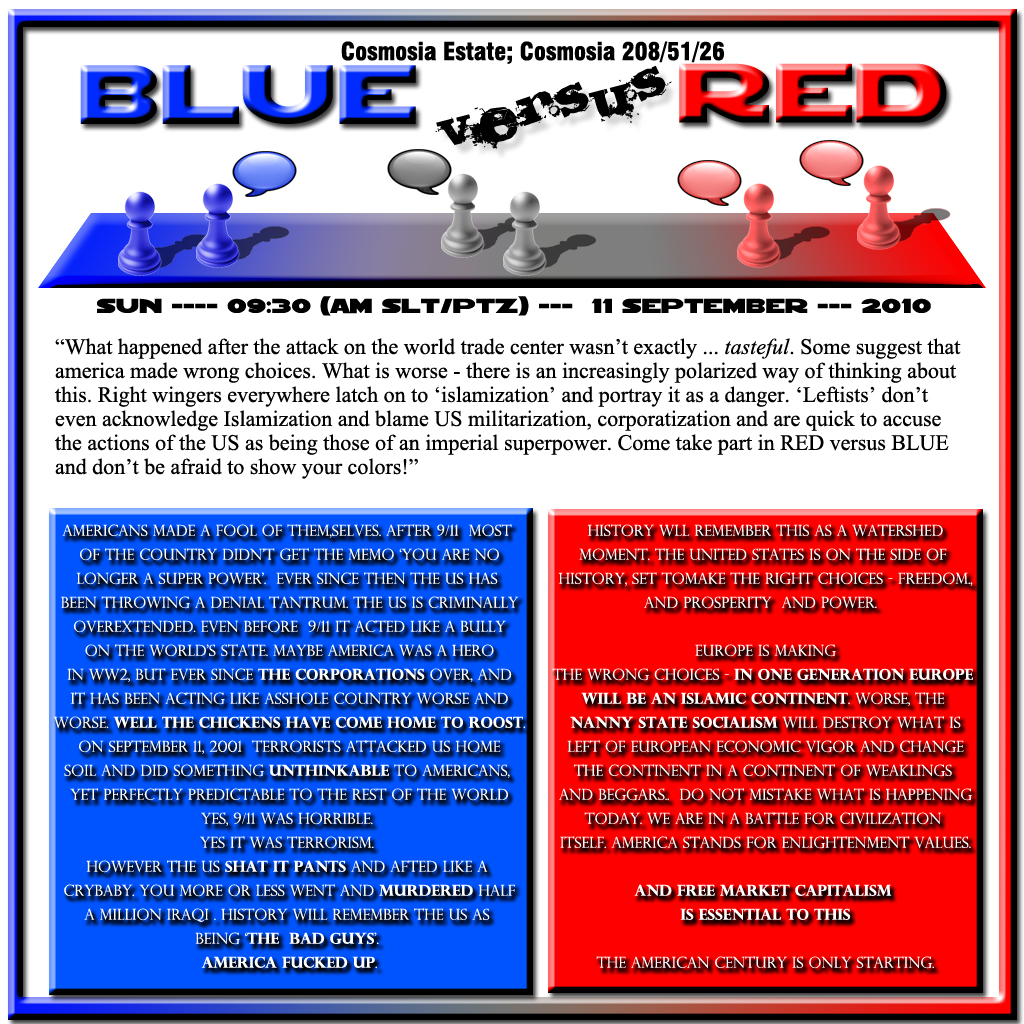