This is a hypothesis. This isn’t true by necessity. It could be. Consider if it were all true.

All this is also quite cynical, and more than a bit disjointled. But bear with me.

Tens of thousands of years ago, humanity lived in extended families at first not too dissimilar from current homo sapiens. All in all pleistocene humans were homo sapiens, however with a minor difference. We can argue this difference was the result of a lack of opportunity. I don’t think it was. My theory is that several things changes as humanity became a sedentary species and started herding cattle and planting crops. The default state humans were probably seasonally migratory and opportunistic, and lived only in very limited populations. During the Toba bottleneck, some 70.000 years ago, the entire human species was reduced to maybe as little as a few thousand breeding pair homo sapiens. This is comparable to the bottleneck faced today by cheetah.

My theory is that this transition from a largely nomadic style of human existence was a transition from a placid, not all that violent state (and I may very well be wrong) to an extremely violent and bloody era in human history. I do not want to glamorize the Pleistocene. But I seriously do want to discredit the shift from the previous era to the more modern era. Sure, we can argue we got states, and writing, and more stable diets, and safer houses and culture. But that came at the expense of tribal warfare, slave-states, taxes, organized religions, priesthoods, politicians, autocracies, genocides, patriarchy and female exploitation. And taxes. Sure, we ended up with modernity, and internet, but look at the mountain of skulls we sit on as modern human beings. Our legacies are dripping with blood. Could our technology have been developed without all these ghastly atrocities?

People In That Next Uncanny Valley
I would say human beings are a genocidal species. I won’t argue why I say this and let the facts speak for themselves. Humans get organized and pick fights. Humans live their lives fairly placidly lives until something bad enters their ‘territory’. And then the humans get the red mist of doom, get organized (start wearing tribal emblems and feathers and matching soccer colors, etc) and pick a fight.

When the Lord has pity on Jacob and again chooses Israel and settles them on their own soil, the aliens will join them and be counted with the house of Jacob. The house of Israel will take them and bring them along to its place, and possess them as male and female slaves on the Lord’s soil, making captives of its captors and ruling over its oppressors. (Isaiah 14:1-2 NAB)

I am literally saying that at some time humans weren’t like that, but they became like this. The early humans became us. We are these monsters. We are now a genetically racist species – if we spot difference in humans, we tolerate the other ‘species’ insofar we can breed with their women. We tolerate immigrants insofar the males in our society can fuck and impregnate the immigrant women. However if the immigrant women stay to themselves, they are unsuitable immigrants (co-habitants), and potential competitors for genetic space.

I am fairly positive that people like Wilders would be a lot more tolerant of Islam (or would not be able to accumulate the same number of votes) if the typical dutch were more statistically likely to put his seed into fertile young Arabic women. However since these (by and large) Arabic (or otherwise middle eastern) women have a “religion derived” system of ‘self imposed apartheid’ or ‘self-imposed genetic exclusivity strategy’, they are of no genetic use to have around. Hence it isn’t hatred of Islam, or fear of radical Islam compelling Wilders and other such populists – it is a desire to get rid of genetic competitors.

The recognition of ‘strangeness’ is what in the past got people to kill jews. Jews lived pretty aloof, seperate lives up till world war 2, and made sure ‘their women’ didn’t breed with gentiles. This was a valid genetic strategy for jews, but it didn’t sit well with the people where the Jews lived – especially if these same Jews occasionally were mistaken to be successful occasionally. Whether or not they were successful was immaterial – they were ‘different’ and ‘didn’t mingle’, so the natives ganged up on them and killed them. This wasn’t anything special, and consistently calling it ‘antisemitism’ is in my book becoming a little silly. It’s simply what humans do (Jews included) when faced with “others”. They simply get rid of them as expediently as possible.

Of Another Mind
But what if people do have different genetic qualities? In our current political climate you can’t say ‘a certain people’ have a strong genetic predisposition. You can’t say that ‘gypsies are all liars and thieves‘. But what if I assert that prison populations have abnormally high populations with ADHD, and if I assert that human populations with a nomadic predisposition have a strong predisposition towards having ADHD, then I can also assert that due to gypsies having a statistically higher chance on having “what is commonly regarded as a genetic frailty” (likewise – american indians have a statistically bigger chance to have diabetes, or ashkenazi jews have a statistically bigger chance to have asperger) makes them to be statistically more likely to not conform to the strict standards to sedentary society – and end up falling through the cracks and end up in prison. Can you blame gypsies for this? Not anymore than you can blame them for ending up in concentration camps. It’s a societal evil by any objective standard, if my hypothesis were true.

Now assume that twenty thousand years ago humans by and large all had ADHD. There wasn’t many humans that had “Abnormally High Attention and Focus Talent” around. But at some point some humans emerged, probably through genetic drift that did, and these started amassing power. This is not strange – the human brain develops largely through proper diet – if you allow successful (“smart”) elites of humans to emerge and exert “first pickings” over food rights, they’ll probably be able to grow bigger brains. This is a self-reinforcing process where dominance allows an elite of humans with AHAFT to attain tribal dominance, and subjugate other homo sapiens. It’s natural stratification through genetic drift. Over time the majority of humans with variants of ADHD all became extinct and are now regarded as more or less mentally handicapped. AHAFT is now the norm of society to the point that we can’t talk about AHAFT anymore. Humanity is normally AHAFT.

But people with ADHD still have to survive in a world run by this new species, metaphorically speaking. I have ADHD, and only because I am somewhat smart as well can I make sense of the context and consequences. I know that having ADHD I am actively persecuted, singled out and marginalized. I live in a civilized society where they can afford to no longer having to eradicate ‘the inferior species’, but I am sure I’d long since would have been a corpse floating face down in a ditch in case I had been born in some third world country.

Emancipation? Reservations?
Based on this hypothesis I call for studies. I call on academics to study the issue of ADHD, and whether or not it is a ‘disease’, or a genetic variant of the human species. What if it is more prevalent in certain genetic lineages, and what if it was a dominant genetic makeup, say, twenty thousand years ago? What if the human species had, at some time in the past experienced a ‘genetic singularity’ where the old species was fairly quickly replaced by a new species of homo sapiens, and only a smattering of the old genetic variants remain? What would that mean in terms of granting rights to people with certain disabilities of such a type?

Some possible conclusions
* Humans are successful as a global species because they are unhappy, and they are socially intolerant.
* Humans are instinctively genocidal not just to competing predators – they are also genocidal to other humans who are ‘slightly different’.

Links
* Do hunter-gatherers have it right?.
* Cultures of Blood.
* Cain and Abel.
* ADHD in Nomadic Tribesmen.
* The transition to capitalism: is it in our genes?.
* Forum.
* Adult.
* Migration. 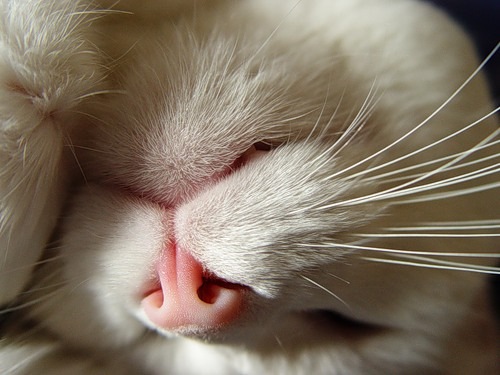