Brunhilde Pomsel worked at the heart of the Nazis’ propaganda machine. As a film about her life is released, she discusses her lack of remorse and the private side of her monstrous boss 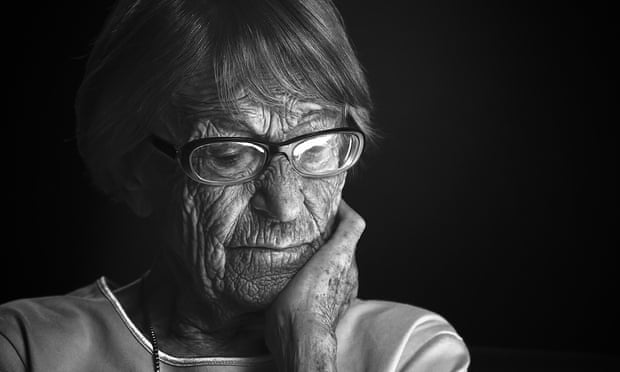 It was rare for us to see him in the mornings,” says Brunhilde Pomsel, her eyes closed and chin in her hand as she recalls her former boss. “He’d walk up the steps from his little palace near the Brandenburg Gate, on to which his huge propaganda ministry was attached. He’d trip up the steps like a little duke, through his library into his beautiful office on Unter den Linden.”

She smiles at the image, noting how elegant the furniture was, the carefree atmosphere where she sat in an ante-chamber off Joseph Goebbels’ office with five other secretaries, how his nails were always neatly manicured.

“We always knew once he had arrived, but we didn’t normally see him until he left his office, coming through a door that led directly into our room, so we could ask him any questions we had, or let him know who had called. Sometimes, his children came to visit and were so excited to visit Daddy at his work. They would come with the family’s lovely Airedale. They were very polite and would curtsy and shake our hands.”

Pomsel is giving one of the first, and last, in-depth interviews of her life; at the age of 105, and having lost her sight last year, she says she is relieved that her days are numbered. “In the little time that’s left to me – and I hope it will be months rather than years – I just cling to the hope that the world doesn’t turn upside down again as it did then, though there have been some ghastly developments, haven’t there? I’m relieved I never had any children that I have to worry about.”

So what is the motivation for effectively breaking her silence only now, as probably the last living survivor from the Nazi leadership’s inner circle?

“It is absolutely not about clearing my conscience,” she says.

While she admits she was at the heart of the Nazi propaganda machine, with her tasks including massaging downwards statistics about fallen soldiers, as well as exaggerating the number of rapes of German women by the Red Army, she describes it, somewhat bizarrely, as “just another job”.

A German Life, compiled from 30 hours of conversation with her, was recently released at the Munich film festival. It is the reason why she is willing to “politely answer” my questions. “It is important for me, when I watch the film, to recognise that mirror image in which I can understand everything I’ve done wrong,” she says. “But really, I didn’t do anything other than type in Goebbels’ office.”

Often, end-of-life statements such as these are suffused with a sense of guilt. But Pomsel is unrepentant. As she holds court, gesticulating wildly, with a broad grin on her face, it seems as if she even takes something restorative from her insistence that she simply acted the same way as most other Germans.

“Those people nowadays who say they would have stood up against the Nazis – I believe they are sincere in meaning that, but believe me, most of them wouldn’t have.” After the rise of the Nazi party, “the whole country was as if under a kind of a spell,” she insists. “I could open myself up to the accusations that I wasn’t interested in politics but the truth is, the idealism of youth might easily have led to you having your neck broken.”

She recalls being handed the case file of the anti-Nazi activist and student Sophie Scholl, who was active in the White Rose resistance movement. Scholl was executed for high treason in February 1943 after distributing anti-war leaflets at the University of Munich. “I was told by one of Goebbels’ special advisers to put it in the safe, and not to look at it. So I didn’t, and was quite pleased with myself that he trusted me, and that my keenness to honour that trust was stronger than my curiosity to open that file.”

Pomsel describes herself as a product of Prussian discipline, recalling a father who, when he returned from fighting in the first world war, when she was seven, banned chamber pots from the family bedrooms. “If we wanted to go to the toilet, we had to brave all the witches and evil spirits to get to the water closet.” She and her siblings were “spanked with the carpet beater” whenever they were disobedient. “That stayed with me, that Prussian something, that sense of duty.”

She was 31 and working for the state broadcaster as a well-paid secretary – a job she secured only after she became a paid-up member of the Nazi party – when someone recommended her for a transfer to the ministry of propaganda in 1942. “Only an infectious disease would have stopped me,” she insists. “I was flattered, because it was a reward for being the fastest typist at the radio station.”

She remembers her payslip, on which a range of tax-free allowances was listed, alongside the 275-mark salary – a small fortune compared with what most of her friends were earning.

She notes how life for her vivacious, red-haired Jewish friend, Eva Löwenthal, became increasingly difficult after Adolf Hitler came to power. Pomsel was also shocked by the arrest of a hugely popular announcer at the radio station, who was sent to a concentration camp as punishment for being gay. But she says that largely, she remained in a bubble, unaware of the destruction being meted out by the Nazi regime on its enemies, despite the fact she was at the physical heart of the system.

“I know no one ever believes us nowadays – everyone thinks we knew everything. We knew nothing, it was all kept well secret.” She refuses to admit she was naive in believing that Jews who had been “disappeared” – including her friend Eva – had been sent to villages in the Sudetenland on the grounds that those territories were in need of being repopulated. “We believed it – we swallowed it – it seemed entirely plausible,” she says.

When the flat she shared with her parents was destroyed in a bombing raid, Goebbels’ wife, Magda, helped to soften the blow by presenting her with a silk-lined suit of blue Cheviot wool. “I’ve never possessed anything as chic as that before or since,” she says. “They were both very nice to me.”

She recalls her boss as being “short but well kept”, of a “gentlemanly countenance”, who wore “suits of the best cloth, and always had a light tan”. “He had well-groomed hands – he probably had a manicure every day,” she says, laughing at the thought. “There was really nothing to criticise about him.” She even felt sorry for him because of the limp he had, “which he made up for by being a bit arrogant”. Only occasionally did she get a glimpse of the the man who turned lying into an art in pursuit of the Nazi’s murderous goals. She was terrified to see him on stage at Berlin’s sportpalast delivering his infamous “total war” speech in February 1943. She and another colleague had been given ringside seats, just behind Magda Goebbels. It was shortly after the battle of Stalingrad and, Goebbels hoped to get popular support to pull out all the stops to fight the threats facing Germany. “No actor could have been any better at the transformation from a civilised, serious person into a ranting, rowdy man … In the office he had a kind of noble elegance, and then to see him there like a raging midget – you just can’t imagine a greater contrast.”

The details Pomsel chooses to focus on may reflect the way she has edited her own story so that she feels more comfortable with it. But it is also conceivable that a combination of ignorance and awe, as well as the protection offered by the huge office complex in the government quarter really did shield her from much of reality.

It was the day after Hitler’s birthday in 1945 that her life as she knew it came to an abrupt halt. Goebbels and his entourage were ordered to join Hitler in his subterranean air raid shelter – the so-called Führerbunker – during the last days of the war. “It felt as if something inside me had died,” says Pomsel. “We tried to make sure we didn’t run out of alcohol. That was urgently needed in order to retain the numbness.” She lifts an index finger as she takes pains to tell events in their right order, recalling how Goebbels’ assistant Günther Schwägermann came with the news on 30 April that Hitler had killed himself, followed a day later by Goebbels. “We asked him: ‘And his wife as well?’ ‘Yes.’ ‘And the children?’ ‘And the children too.’” She bows her head and shakes it as she adds: “We were dumbstruck.”

She and her fellow secretaries set about cutting up white food sacks and turning them into a large surrender flag to present to the Russians.

Discussing their strategy ahead of their inevitable arrest, Pomsel told her colleagues she would tell the truth, “That I had worked as a shorthand typist in Joseph Goebbels’ propaganda ministry.” She was sentenced to five years’ incarceration in various Russian prison camps in and around Berlin. “It was no bed of roses,” is all she will say about that time. It was only when she returned home that she became aware of the Holocaust, she insists, referring to it as “the matter of the Jews”.

She quickly resumed a life not dissimilar to the one she had had, when she found secretarial work at the state broadcaster once again, working her way up to become the executive secretary to its director of programmes and enjoying a privileged life of well-paid work and travel before retiring, aged 60, in 1971.

But it would take her a full six decades after the end of the war before she made any inquiries about her Jewish schoolfriend, Eva. When the Holocaust memorial was unveiled in 2005, she took a trip from her home in Munich to see it for herself. “I went into the information centre and told them I myself was missing someone, an Eva Löwenthal.” A man went through the records and soon tracked down her friend, who had been deported to Auschwitz in November 1943, and had been declared dead in 1945.

“The list of names on the machine on which we found her just kept on rolling non-stop down the screen,” she says, leaning her head back, the finger tips of one hand tracing the line of her necklace.