Humanity is not ‘general intelligence’. Intelligence is best defined as the ability to mentally model the future, debate these models for accuity, come to many solutions for problems and choose the best solution. So if we live in a village in a deep valley, the hills above us is all loose soil covered with thick trees and foliage, we have heavy rainfalls every autumn, we can reasonably anticipate that if we cut down the trees our habitation will be seasonally flooded with torrents of mud. If we are intelligent, we have sufficient information of past events, we are allowed to debate, organize and apply centralized policy, we should be good. We might build our houses on solid stilts, and or stop cutting down those trees, and we may decide to plant new ones were we already have soil washing downhill. Not having intelligence as a species, means we are for one reason or another incapable of making such decisions and acting upon them.

The world is improving in many ways as many transhumanists in my peer community “who tactictly serve vested interests” keep reminding me. I agree. My concern is the optimists among us exist in some sort of splendid isolation and close their eyes for negatives. One such negative is the impact of industrial development in terms of increasing molecules in the atmosphere that trap heat. This isn’t just CO2. More water vapour, methane, Chlorofluorocarbons and nitrous oxide are the same kind of atoms in this regard. The motion of linked atoms in the molecule has heat carrying capacity, sort of like the atoms in a battery have electricity carrying capacity. It’s like a heat-trapping blanket in summer.

Enough with the explanations already. 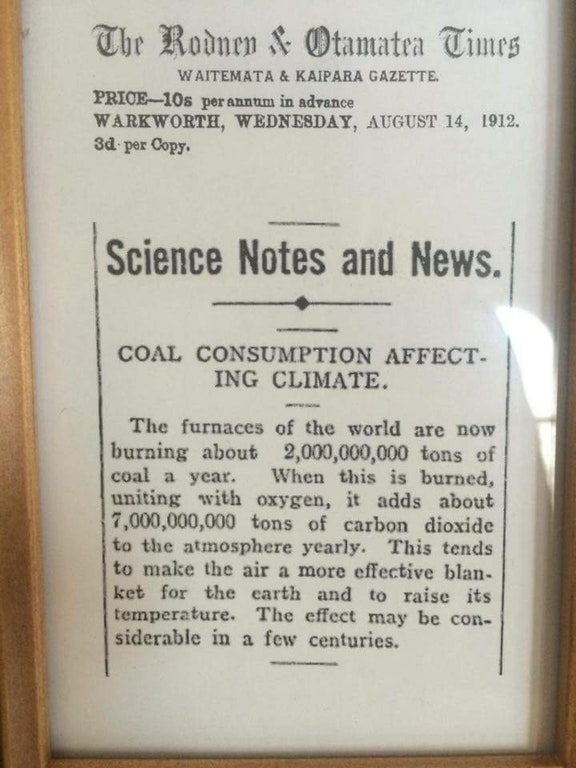 I read about it in the 1980s, in considerable detail. We knew back in the 1970s. The scientific community was fairly certain this was becoming an issue. I read science fiction from Larry Niven in that era (ringworld) that described planetary heating, and it’s consequences. In science fiction people tend to come up with solutions, some better than others. Sadly right now we have very limited solutions, and most are very bad.

We as a species lack the ability to accept the conclusions of climate science. We now see a majority of climate scientists suffer from severe depression. We keep getting shrill whining from imbeciles that deny climate change, much like a Judas who whines his shrill accusations about his boss – for paltry monetary rewards. There is a second cordon of these species traitors that whine that to fully address climate change is more ‘expensive’ than to not to do. There’s even such idiots in the transhumanist community who go as far as cheerlead president trump for dismantling previously signed climate change treaties. Treaties that were half-measures to begin with.

Listen, I am a statist. I’d rather have oppressive far left nanny state government than none. Right now there’s a big world with way too many really rich people, who consume far more than anyone else in climate damage. Much as we are all insipid clowns as human beings in that we all refuse to eat less meat, while we know how we treat animals, how animal industries affect the planet and how bad excess meat consumption is for us. People say, “i am all for care for the environment, but I gotta have my spicy meatballs a few times a week”. I include myself in this gallery of royal assholes, as I still eat meat. I am no different than the total cunts I alluded to above, the ones that emit by far the most greenhouse gases.

This is all boring fact.

THIS WILL BE WORSE THAN YOU CAN IMAGINE

Those who experience the most consequences right now would be the lower echelons of wealth and income on the planet. Meanwhile rich cunts are in a crazy scramble to irrationally insulate themselves from all this. They got the memo and are acting upon it. They know nothing. Quote:

It’s like, look at these techie douche-bag assholes, who helped destroy entire industries, and destroy our democratic political process… And now, when the shit hits the fan, they’re all gonna bail?!

The problem is that as long as rich cunts believe they can insulate themselves, as long as they believe taking active measures that will have real impact costs more to them in the short to median long run, the more the species won’t act. Most people who stand to suffer loss of revenue and prosperity as a result of active policy are over 40. Climate change will start generating impacts in 30 years – by then most of these cunts will be dead.

But that won’t stay the case. Fairly soon we will see a confluence of several changes in global society that will allow us to more leeway in terms of solving this.

1 – estimated consequences of effects of climate change are becoming worse. It looks way badder than we anticipated so far.
2 – as the world has more rich people, each one having fingers in the political pie, each year consequences will loom closer and they will grow more ‘incentivized’ to demand from their elected officials to get on it…
3 – those same rich people may anticipate being blamed for all this, and they (or their children) facing the consequences as a result…
4 – there may actually be major profit to helping fighting climate change for rich people to get richer…
5 – climate change is almost certain to trigger poor brown people migrations easily ten or a hundred times bigger than you have already seen and there is no way to stop such quantities of extremely desperate people…
6 – with all compound effects of climate change is almost certain to lead to use of nuclear other other mass destructive weapons. With nukes rich folks die as well, and we can’t have that ….
7 – There are likely to be some major medical technology advances soon in that people may soon anticipate living substantially longer, through life extension.

Of course we as a planetary species are imbeciles and we will drag our feet. We will dilly-dally for a few more years. So when we finally wake up we will completely change the prevailing paradigm and switch gears, much like a lazy student who starts cramming for exams days before the exam.

Now try and visualise a world where leading figures decide they want to be absolutely certain the climate change consequences are completely minimal, and are willing to throw all resources at the problem. That means – international treaties that are enforced with collective state violence on violators. It means – people everywhere barred from from consuming resources in a manner that massively contributes to climate change (gas powered vehicles become illegal, meat products costs ten times as much as it does today, etc. etc.) and most poignantly of all; – we start taking science substantially more seriously.

I don’t know about you, but that sounds a lot like a total planetary dictatorship the likes of which we have never seen. It effectively means the end of Libertarian delusions of grandeur (and libertarian thinking becoming just as maligned an ideology as today is active hitlerism) and it means we’ll have a plush yummy big nanny state world government.

OF COURSE I end up substantially poorer as a result of this. But so will everyone else be. And we as a species will become finally unified by a single purpose that forces everyone, in a deliciously tyrannical manner to dedicate all their efforts in to a single unified purpose. It’ll mean war economy. It’ll mean massive unemployment as all manner of energy wasting jobs will end overnight. It’ll mean people living in very closekit, highly sustainable, highly communal structures, many of which near extremely green inner cities. And these happen to be things I really like.

Rich motherfuckers living in garish estates, flying several times a year around the planet – not so much. And frankly, I don’t give a damn. These cunts should count their blessings if they get lucky they don’t end up lynched.

So, I regard myself as optimistic. Very optimistic in fact – because having children will substantially decrease and politically there will be major gains in having more people who have very good reasons to expect they will live substantially longer. If you want something done about climate change, make sure people have the expectation they will live 200 years. They will enter a mad scramble to do something about these problems now.

This has so far been a very very angry article, and I hope you understand full well why. And it has been an article that will terrify the living daylights out of rich libertarian assholes that contribute so much to the problem. Because guys – you are leading the community of human beings directly to a highly socialized, super green one word single government, single policy species.

Updates
* The next five years will be ‘anomalously warm,’ scientists predict
* U.S. $23 trillion will be lost if temperatures rise four degrees by 2100
* This summer’s extreme heat may just be the start of a super-hot stretch

More Update
Nazi Germany was organized about blaming a small minority in their midst. This ended up in the extermination of millions of homosexuals, petty criminals, people with mental handicaps, malcontents, gypsies and jews. There were mechanisms that made the Germans come to hate these minorities and these mechanisms were adeptly fanned on and exploited to considerable effect. Now imagine – climate change is proven real, and the consequences are visible. Who will get blamed? Guess what – very rich people. If you thought the old Shoah was bad, wait until the next one. It’ll be like the french revolution, but on a planetary scale. The comparatively innocent will be lynched along with the entire koch family.