Humans are evolved beings. I am quite sorry if you don’t believe in natural evolution, but that’s where I start.

This evolution has endowed us with a faint capacity to actively desire to pursue a better state than we have. I would say that we seek to transcend our current state and would eventually (and unavoidably) transcend into something in itself “transcendant” (or sad differently – pretty far out there)…

I am not advocating in any way a supernatural transcendant state (even though that would make little discernible difference at this level of abstraction) but rather I am deliberating on the ascension from a human state (which I hold in contempt) to an arguably better (but markedly different) state. I will not call this state “posthuman” – “postsimian” would be a more charitable term.

Sometimes extremes of optimism can be continuous with extremes of optimism. Things looked pretty rosy in the early Weimar republic – a few years later they were firing up the ovens. Things looked pretty idealistic in 1940s USA – half a century they oversaw a dozen great wars, two thermonuclear incinerated cities, more directly attributable war deaths than the Germans ever managed to rake up in a world war. The French and Russian revolutions were pretty interesting but before long they turned into imperial conquests. So look at the achievements in death as well as creativity of either. Optimism as well as pessimism lose all relevance as ideas in the light of such extremes.

Humanity can not go on like this – and I say so even though I am aware that if anyone were to listen to little old me, I’d risk having people do precisely the same as before. Utopianism is great but it has a lousy track record so far. We may have to work in more measured idealism than people did before. The future might get really nasty if we don’t.

So we do need some radical change as a species. I’d say we have little alternative at this stage.

In this century – either humanity goes completely extinct, either humanity enters a state of dystopian collapse where it would literally be begging to be reduced to a merciful non-sapient animal state – or it literally transcends to a better and ‘higher’ state.

There is no alternative. Death, Hell or Transcendence.

Good news is – we can do this without deaths or widespread suffering. In fact if we plan it wisely, we can do this transition pretty fast and pretty comfortable. We can do so before 2050. Better still, many of us might be around by then and live to enjoy it.

But if we wait and muck around, it will become progressively harder and the hardship will be worse. Making the transition I envision hope for will be hard already, and it will be neigh impossible the less energy and mineral resources we have and the more mouths we have to feed worldwide.

It may appear contradictory and idiotic at first glance – but the way to move to a far better world (literally “save” it) would be to focus on maximization of fun first and foremost. To make people happier, we need have meddlesome scum to stop deciding for them what they want, and give them the meas to decide for themselves. That would be something – stop squeezing people into a pre-determined behavioral matrix and actually aiming to make them act in a way they would decide they would be acutely happy.

The one way to make people happy is to let them reinvent themselves. The first way to do so is to let them sexually rediscover themselves. yes I know that a billion people suddenly increasing their general degree of fornication by a few notches (and I am not saying ‘forcing’ anyone who doesn’t want to! au contraire – abstinence is an awesome sexual strategy too!)

After having visited creating change and meeting up with a bunch of pretty sweet people there I could go on and on on how important equal rights, nondiscrimination, ladieda might be, but fuck it. LGBTQ (or LGTBQKPFBDSMNF)

Trust me, I’d leave many out that would also feel inhibited. My estimate is that expression of inner urges (in a way that doesn’t harm other people, and better, is welcomed by at least one or several other people as well) is an essential prereqisite for the future flow of the human species. The goal is to make humanity a prettier species. Our understanding of prettyness is by and large sexually derived. Make people prettier and they will connect to other people more, within bounds of freedom and self-empowerment and safety.

Sure many people will not want this and that will be just fine. In 1995 many people didn’t want the Internet either. However the choice of people to suspend their ‘subscription’ to prevaling societal sexual consensus would end most of the current geopolitical mess we are in. 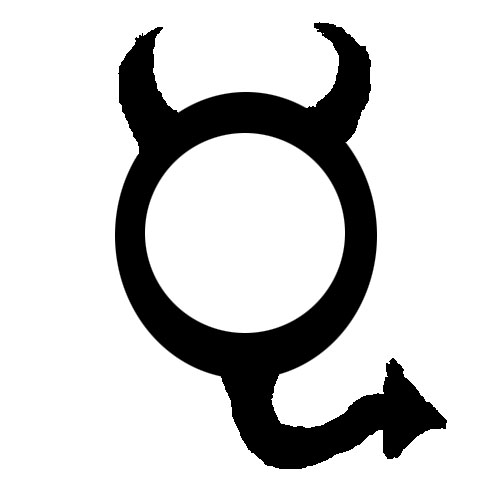 So let’s define a sign for my take on this 🙂 There you are – an echo of that other sign delineating a new status quo category. I favor not new “tribal” niches and categories – I’d favor the whole situation turned to a bunch of unherdable cats.

We who embrace the legitimacy of “alternative sexuality,” in any and all variations of sex, orientation, affinity, identity, and gender, individually, between two persons, and in larger groups, are well placed to communicate our understanding of the joy of true sexual freedom to lead the ignorant and fearful out of darkness.

8To be effective, an aggressive program of education will act broadly across the entire freedom frontier in a balanced, reasonable way yet providing continuous, irresistible pressure. To assure our sexual freedom messages reach across this spectrum, we will address simultaneously the material, intellectual, and spiritual aspects of the psychic transition we seek to induce.

To finally change the hearts and minds of humanity, causing the abandonment of the foolish superstitions that dominate current thinking and behavior, we will prove the effectiveness and efficiency of this future vision in the three principal domains of cultural development—the spiritual, the intellectual, and the sensory.

To the intellectual, we demand that liberty, freedom, justice, and equality are inalienable individual rights with which no human association may interfere in any way whatsoever.

By simultaneously addressing all three domains, harmonizing these diverse initiatives, we make possible the concurrent realization of the highest reality of love.

Before throwing this meeting open to your questions and answers and additional discussion, I want to give you a quick overview of these three frontiers and how they relate specifically to the plan to achieve universal sexual freedom.

9In the spiritual domain we recognize the difficulty of bringing the word symbol G-O-D into any discussion, because it can signify so many different and contradictory concepts on so many different levels. In addition, within the LGBT community, the ceaseless outpouring of hatred and bigotry from those who claim to speak for their G-O-D and know no bounds of decency in promulgation of their delusions has generally given G-O-D a very, very bad reputation.

Although the G-O-D word holds great personal meaning for many, all human beings can experience the assurance of LOVE on all levels of experience under the guiding power of Truth.

At the extreme opposite pole of religious practice, we find Thelema and various initiatory orders and neo-pagan orders, all of which place high value on the “Law of Thelema” set forth in 1904 by Aliester Crowley in his purported revelation, The Book of the Law:
Love is the Law. Love under Will.
Do what thou Will shall be the whole of the Law.

A great deal of scholarship from the Christian and neo-pagan communities has been expended on understanding these two instructions and, while I doubt either knows much about the other, it is clear that the meanings are largely the same. [1]

10In the intellectual domain, we will start relying more on academic and medical findings, such as those that clearly link health and well-being with removal of societal barriers to happiness. Effective communication and mobilization of social networks are key to countering negatives and promoting positives in the uncritical public arena. Finally, we will benefit by internationalizing the equal rights movement and joining the sexual freedom campaigning already underway through out the world.

One workshop will be devoted to issues of human rights on the international and national levels. We recognize that the United States has only recently recognized LGBT human rights, although it does not comply at home with the best of our international treaties. At the same time, in other nations, such as Uganda, the prevalent hate crimes may be more numerous but they are no worse than those in the US, but the outrage has so far been too muted. What can we do as campaigners for sexual freedom to call attention to these inequities and deficiencies, here and abroad?

Another workshop deals with novel ways to make use of social media in the struggle for sexual freedom, and training for sexual freedom activists. And, all of the workshops will feed into each evening’s Sexual Freedom Caucuses where we will work together to map out and kick off specific sexual freedom campaigns that can be put into action practically immediately, locally, nationally, and globally.

In addition to this workshop, the midday period between workshops is devoted to an open exploration in the world of Second Life. You will get a glimpse of the possibilities in this world of unrestrained imagination made visible and nearly tangible. Watch the fun on our big screen or bring your own WiFi capable laptop and experience SL first hand when you log in as one of our well-endowed and equipped loan avatars.

Stay after lunch for open discussion, free exploration, avatar assistance, and speculation on the future of the Second Life experience. Meet our staff in Real and Second Life.

(What are the three questions the small groups are going to deal with?) Then we break up into 3 groups. If one group is too big, split it. I favor grouping based on interest, not blindly counting off.

Page 1 of 5 dan@venusplusx.org 12/29/2010
________________
[1] A suggestion for breakouts: (Exercise: Explore the meanings and identify the differences. The principal difference is that Jesus’ admonition seems more personal in tone while Crowley’s statement seems more impersonal and abstract.)

[2] This probably should be covered on a slide.

The previous is a derivative of the (a?) message of Dan Massey. I read the original message of Dan and set out, for complex reasons, to rewrite it, to maximize the difference in perspective. In fact I have set out to create a radically different narrative, based on my belief system (which is markedly dissimilar to Dan’s not strictly naturalist views).