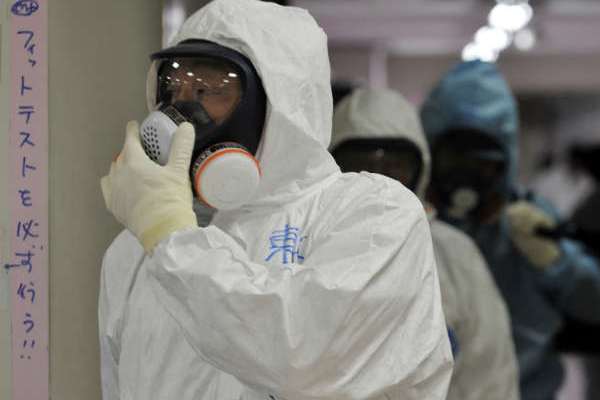 When the Lamb opened the third seal, I heard the third living creature say, “Come and see!” I looked, and there before me was a black horse! Its rider was holding a pair of scales in his hand. Then I heard what sounded like a voice among the four living creatures, saying, “A quart of wheat for a day’s wages, and three quarts of barley for a day’s wages, and do not damage the oil and the wine!” 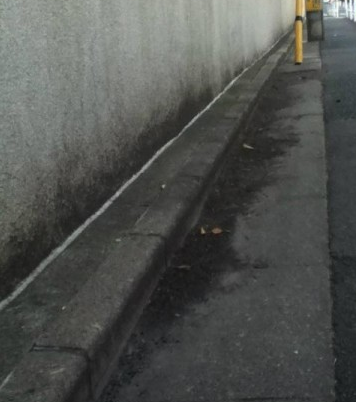 A mysterious black substance five times more radioactive than the Chernobyl-Belarus mandatory evacuation zone was discovered 4 kilometers from the center of Tokyo, the Hirai Station. The mystery radioactive black substance discovered close to Tokyo on the heels of the discovery of Cesium in Fukushima Prefecture 122 times higher than in Belarus evacuation zone. The Fukushima Diary reports today that Koichi Oyama, a member of the city council of Minamisoma in the prefecture of Fukushima, has measured unusually high levels of cesium 134 and 137 in the soil of his city. Soil samples were analyzed by the Minamisoma government and found to be 122 times more contaminated than the mandatory evacuation zone in Belarus north of the Chernobyl Exclusion Zone. Cesium causes cancer of the liver, kidneys, pancreas and other organs. It is particularly dangerous when it is in the soil and ends up in food.

The Belarus exclusion zone, a 30-mile now wilderness area around the Chernobyl plant. Tokyo is located more than 241 kilometers from the Fukushima Daiichi nuclear plant with four nuclear reactors in “dire” condition according to physicist Dr. Michio Kaku.

The extremely radioactive black substance was found at 4km from the center of Tokyo.

In 10 minutes walk from Hirai station of JR Sobu line, where is about 4 km from Tokyo station, 5 km from Imperial Palace

black substance was found in several places near the play ground of a public estates.

A local citizen’s group found this and had it analyzed by Prof. Yamauchi from Kobe university. He measured 243,000 Bq/Kg of cesium and the surface dose was 2?Sv/h.

Mr. Ishikawa, the chairman of citizen’s group states, the black substance is now everywhere in Tokyo, and it moves by wind or rain.

In Belarus, the place where is more contaminated than 1,480,000Bq/Kg (cesium137) was defined as mandatory evacuation area.

The graph to compare Tokyo to the mandatory evacuation area in Tokyo is below, which shows the contamination situation around Hirai Station is worse than no-man’s zone of Belarus by 527%.

“Humans cannot come close to certain parts of the reactor site and even robots get fried. They’re delicate machinery; their micro-circuitry cannot withstand the intense bombardment of radiation. We’re talking about thousands of rads of radiation per hour being registered there and that is affecting the cleanup operation.

“It will take years to invent an new generation of robots” to be able to withstand the radiation.

The workers are like Samurai warriors, they’re like suicide workers. They know they are getting huge amounts of radiation going to the site. They can only go in, seconds to minutes, at a time doing work and then the next batch has to come in.

Chernobyl had a half a million workers who worked minutes at a time. Here we have a situation much worse than Chernobyl simply because we have basically five reactors that could go up. One reactor setting off the next reactor, that’s a huge amount of radiation, over ten times the radiation inventory found in Chernobyl.

“People don’t realize that the Fukushima reactor is on a knife’s edge; it’s near the tipping point. A small earthquake, another pipe break, another explosion could tip it over and we could have a disaster much worse, many times worse than Chernobyl. It’s like a sleeping dragon.

Just in the last few weeks it’s been in the paper to some degree, Units 2, 3, and 4 have been shown to be in a very dire situation. Unit 2, we now know completely liquified. We’ve never seen this before in the history of nuclear power, a 100% liquefaction of a uranium core. Unit 3, on the other hand, Unit 4, on the other hand, has an even worse problem, and that it’s a spent fuel pond that is totally uncovered because of a hydrogen explosion that took place last year. The 1,500 rods that could be exposed to the air and then set off another spent pond with 6,000 rods. Altogether there are 11,000 rods in the Fukushima site that could be tipped over. A slight earthquake, a light explosion could set the whole reactor back into motion. And also, in regards to Unit 3, we found where we thought there was 33 ft. of water above the core. We put a TV camera in Units 2 and 3. We have TV pictures of the core; Unit 2 is completely liquified, Unit 3 does not have 33 ft. of water on top of it, it has two feet of water. TWO FEET of water, not thirty-three, meaning that the core is completely, or partially covered, meaning it could liquify. So between Units 2, which is completely liquified, Units 3, which is totally exposed, and Unit 4, which has 1,500 spent fuel rods that, in principle, are exposed to the outside environment, we have a catastrophe in the making.”