Digital Sky Technologies
It a russian company. It is a heavyly exposed investor in the social network Facebook, the social game Zynga and owner of the communicator ICQ. It also invests heavily in the somewhat less palatable Groupon. DST is also heavily involved with Goldman Sachs. And these people came up with Chatroulette as well.

Julian Assange characterized Facebook as the most appalling espionage infrastructure ever perpetuated on the world.

DST (Yuri Milner, a very rich man) forms the the corporate cornerstone triangle between the KGB/FSB, a fascist nationalist neoconservative state within the Russian state, and major elements of Russian Mafia syndicates. What can I add? 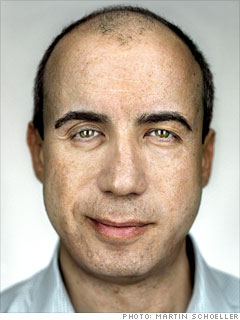 Right now not the EU, not the US and certainly not the Russian government have the intent, let alone the power to make any critical statements about this. It is all pretty much documented and certain. So in effect we live in an international order that knowingly and apathetically condones widespread organized criminal syndication of the business world – and near unbridled access to the private data of hundreds of millions of people.

“To fight the aforementioned accusation, Usmanov’s lawyers launched a much-derided legal campaign to keep British bloggers from even talking about the charges. There’s more in the video report “Blogs vs. Usmanov,” from British Channel 4’s cable network”

I was told that writing this blog post is actually dangerous. There are consistent rumors he had his ex girlfriend ‘offed’.

So what is left is to talk about this and instil a pervasive sense of moral outrage.