First, take the video feeds from every Google Glass headset, worn by users worldwide. Regardless of whether video is only recorded temporarily, as in the first version of Glass, or always-on, as is certainly possible in future versions, the video all streams into Google’s own cloud of servers. Now add in facial recognition and the identity database that Google is building within Google Plus (with an emphasis on people’s accurate, real-world names): Google’s servers can process video files, at their leisure, to attempt identification on every person appearing in every video. And if Google Plus doesn’t sound like much, note that Mark Zuckerberg has already pledged that Facebook will develop apps for Glass.

Moral and political law do not exist in a vacuum. In a world where information is becoming more tangible and more of an geo-financial asset (if not the very definition of that asset) Europe and the Netherlands must come to terms with fast encroaching changes to the privacy of its citizens, the consequences of rapidly advancing technologies to its citizens. This means that in some case politicians must act proactively, and engineer laws that protect their citizens, the state and the interest of society (such as its culture) from forms of societal and technological change that can be argued to be predatory in nature (i.e. “changes that create victims”).

As it happens I would like to direct your attention to a newly emerging ‘market’ of facial recognition software, and its applications. As you may or may not be aware, it is possible for fairly small software applications to ‘recognize’ distinctive features on human faces (as well as anatomy) and link these faces to the legal (or informal) identity of these faces. Hence it is possible for software to quickly recognize a face from a crowd. These technologies are already widely in use by government law enforcement agencies, and are used to link images of CCTV cameras to identities, location and time. The abilities of this software progresses rapidly and quite soon we may see applications of these revolutionary technologies not anticipated by legal entities, or the population at large.

Apathy in these revolutionary transitions is punished rather severely and quicker than most people realize. One day the electorate may be as blissfully oblivious of any imminent change, and subsist in a state of relative apathy or disinterest – the next day the changes rear their ugly head with massive unpleasant consequences and people suffer whatever awful consequences they do, and “demand immediate action”. By then it may be too late for any lawmakers to play catchup.

If private parties (as opposed to governments) become able to link facial recognition software with mobile applications, and carry these around on (for instance) a more advanced version of the Google Glass “early” Augmented Reality device it would become quickly possible to use these devices in any crowd, scan any face in the crowd and seamlessly (real time) add a name label to any face in the crowd. The device itself would simply use “the cloud” to generate the actual act of recognizing any nearby face. Right now the database coverage of such tools is still low and the process comes with some time delay. But very soon, in just a matter of months to years, the software and accompanying databases will interlink seamlessly, and will become increasingly commercialized and privatized, and these tools will quickly explode in to consumer use.

There are a number of distressing consequences to this development.

Facebook (and similar social media) are becoming increasingly legally unaccountable. That means “large online service companies have become increasingly unaccountable to local governments”. Facebook does ‘index’ faces of its European users, even if claims it doesn’t. There are simply too many commercial interests involved in order for them not to. There are clearly also non-commercial non-European governmental interests involved that are arguably cynical or unfriendly in scope to a significant portion of the world’s humans. Media such as Facebook do not merely collect data on faces and bio-metric information, Facebook also keeps a accurate tally of statements, past and present political views, interactions with other people, locations visited, purchase patterns. Even more interestingly, these social data aggravation companies collects online browsing data, through analysis of “cookies” as well as analysis of data stored in other services (such as dating, career or corporate resume sites).

These databases are effectively gathering a very precise simulated double of any legal person, and quite often this data is casually accessible. Right now even the most casual detective research allows me to find the address of most people I have only casually interacted with. Most people have very few clues on what useful information they just ooze in their online and real world environment. These databases gather together, interlink and allow nearly everyone who has time, financial resources, technological tools and sufficient interest to peruse this information. It isn’t just governments doing this, it is also people who criminally desire to steal personal data information. It also pertains to sexual criminals. It is also relevant to political radicals. It is also a concern with regards to deeply immoral corporate opportunists.

A whole ecology of predatory human infrastructures already exists in the form of “spammers”, and in fact more than 90% of email traffic is already deeply unwanted noise generated by deeply inefficient bottom feeders trawling for “minimal investment/high gain/massive societal damage” strategies for generating an income. The use of malicious software to do so is prevalent and is causing already great damage to our societal fabric and to business and private trust between people.

The storage of information flows uninhibited to regions where this storage has no legal implications has always been a massive blind spot of politicians. Sometimes it feels as if the political caste still things in antiquated Victorian metaphors as to the storage and distribution (and consequences!) of information. 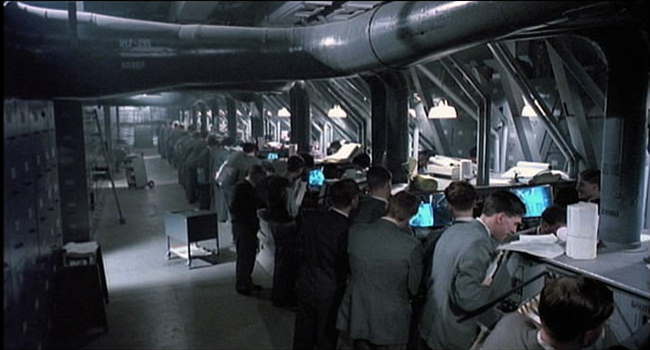 In a few years it will be possible for nearly everyone to take a casual stroll down a street and know who everyone else is, without any time delay. That would include the children of well known politicians and company owners – since these children tend to also have social network profiles. The right access and tools will allow anyone to know marital state, sexual preferences, income, address, medical records, criminal convictions, car ownership, political convictions, business resume, previous drug use, religion, social activism, dating website profiles decades back, union membership, employment of anyone met. It won’t take long before governmental officials (such as law enforcement people) are fully entered in to such files, which will make infiltration in to criminal organizations rather dangerous for them.

In such environment I’d love going around masked or otherwise made unrecognizable, something which is currently frowned upon by law enforcement. I can easily see the emergence of a whole anonymity industry, using a range of tools to protect people from this kind of casual scrutiny. Would I be allowed to wear a stylish mask, combining the functionality of sunglasses, polluted air filtration mask and multimedia device on the streets of the Netherlands, given this level of pervasive incursion in to my privacy?

I can imagine it will be difficult to generate laws that will protect private citizens against these revolutionary technological shifts. Augmented Reality will most certainly have these consequences, and many other as yet unknown consequences besides. It is very challenging to create full-proof laws against such pervasive changes for which we can not yet fully assess the consequences. Even worse, there are many political subsets with their own ideas on privacy, or politicians “who might receive financial benefit” from ignoring the formation of these laws, or politicians “who are religiously or ideologically (or geriatrically) incapable of acknowledging these changes.

Even worse, harmonizing such laws across a functionally incapacitated European Union, with some countries acting downright cavalier on these issues, and other countries drifting frighteningly close to becoming police states (or far right racist states) seems daunting.

I implore you to at least acknowledge these shifts, and indicate you at least understand the consequences. Do email me at khannea.suntzu@gmail.com if you have an opinion, expertise or questions on this concern, especially if you are a Dutch or EU politician, or involved with proper formation of laws on these topics.

This was written by me, Khannea Suntzu. The article may be reprinted or quoted with attribution. The article has specifically been made available for reprinting for IEET, Transhumanity, Singularity Hub, Turing Church, Space Collective, Zero State, Singularity Network, Terasem and VenusPlusX. I may opt to slightly edit the article later on.

First, take the video feeds from every Google Glass headset, worn by users worldwide. Regardless of whether video is only recorded temporarily, as in the first version of Glass, or always-on, as is certainly possible in future versions, the video all streams into Google’s own cloud of servers. Now add in facial recognition and the identity database that Google is building within Google Plus (with an emphasis on people’s accurate, real-world names): Google’s servers can process video files, at their leisure, to attempt identification on every person appearing in every video. And if Google Plus doesn’t sound like much, note that Mark Zuckerberg has already pledged that Facebook will develop apps for Glass.